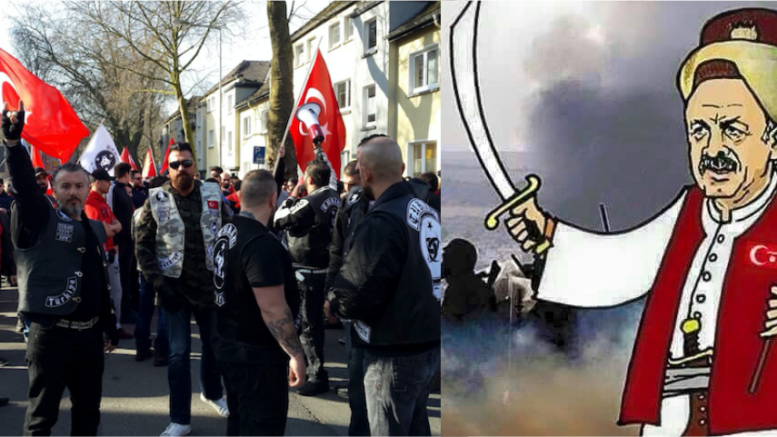 Turkish President Recep Tayyip Erdogan delivered a speech in Ankara today where he essentially threatened to start a race war against all Europeans.

Stating “If Europe continues this way, no European in any part of the world can walk safely on the streets. We, as Turkey, call on Europe to respect human rights and democracy.”

Unfortunately, there is already a vast network in place that could conceivably carry out this threat. 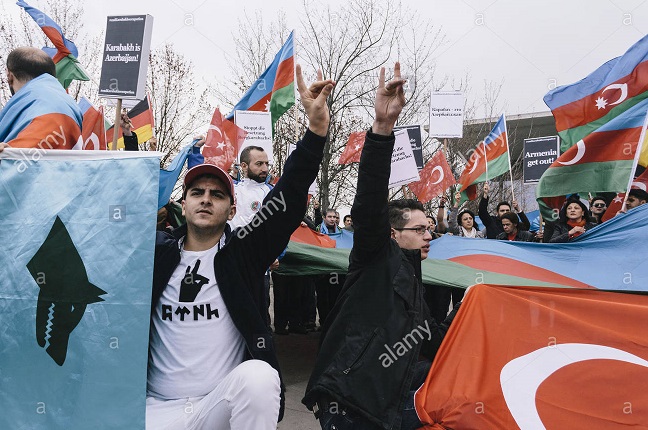 Europe is already home to tens of thousands of members of the Turkic “Grey Wolves” and it’s affiliated groups. This is a militant pan-Turkic ethnic chauvinist group dedicated to advancing the Turkic race. Many Grey Wolves, from around the world, are currently fighting in Turkish sponsored militias in Syria. The Grey Wolves have fought in several other wars as a pan-Turkic foreign volunteer contingent. They are banned as a terrorist organization in several countries in Asia.

In Germany the Grey Wolves organize massive marches and rallies. They operate a vast network of organizations, motorcycle clubs, and youth groups. Grey Wolves are the primary organization radicalizing Turkish youth in Europe. The German government classifies them as the largest “right-wing” organization in Germany. 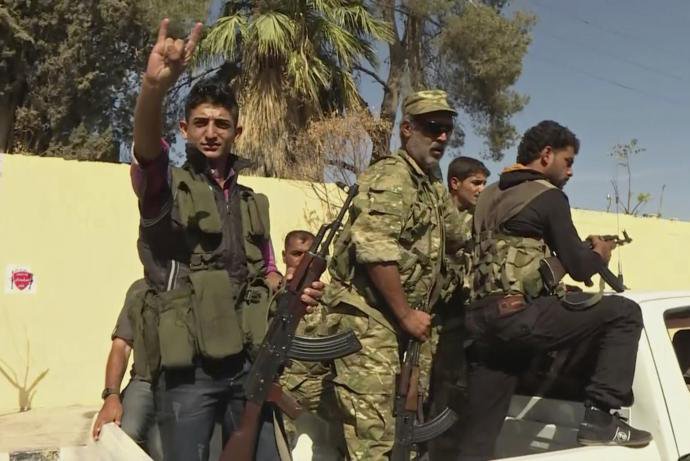 The Grey Wolves have been called the “paramilitary wing” of the Nationalist Movement Party [MHP] in Turkey. This party supports the expansion and advancement of all Turkic peoples around the world. They received 15% of the vote in the 2011 General Election and became the coalition partner of Erdogan’s AKP party. By 2015, Erdogan and the AKP had become so radical that they took part of the MHP vote and captured an outright majority of the parliament. Erdogan and the AKP only get more and more militant by the day.

Turkey is currently involved in three racially charged conflicts. The Turkish army occupies the northeastern part of the Greek Island of Cyprus. The Turkish army is fighting Kurds in southeastern Turkey and has invaded Syria to fight the Kurds there. In Azerbaijan, the Turkish military is involved in aggression against the breakaway Armenian Republic of Nagorno-Karabakh.