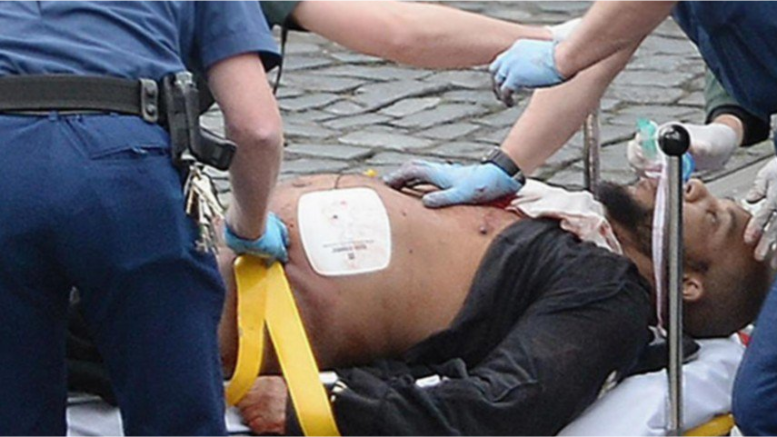 Update: Khalid Masood, 52, has been named as the attacker. He has a criminal record for violence.

British media outlets have been publishing pictures of the suspect with blur bubbles to obfuscate his race/ethnicity. The German media outlet BILD appears to have been the first to publish a non-blurred photo.

The style of attack is similar to other jihadist attacks using vehicles in France, Germany, and Ohio. The perp rammed a crowd of people with his car. Then he got out of the car armed with a knife. A police officer shot him in the chest.

ISIS has published articles urging this style of attack. It is part of a strategy they call “death by one thousand cuts.” Jihadists know that it has become harder to perform sophisticated attacks, like airplane hijackings. So they urge small attacks, using household items.

Media outlets in Britain are publishing weird blurred out images of the suspect like this.