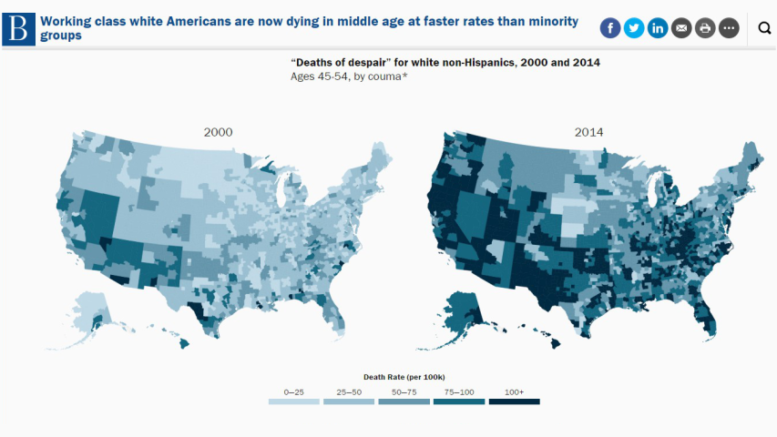 Princeton Professors Anne Case and Angus Deaton say that mortality rates are rising in the United States among the middle aged. Working class whites are the hardest hit. The professors say that the deterioration of financial stability and social well-being is driving what they call “deaths of despair.” These are suicides, and deaths related to drugs and alcohol.

Mortality rates among non-Hispanic whites without a college degree are also rising compared to mortality rates in Canada and several European nations.