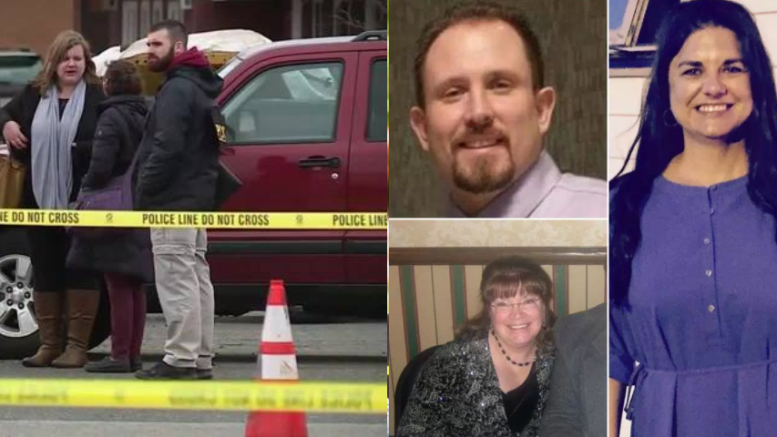 The shootings occurred in three different locations around Wausau.

Police have named Nengmy Vang, a forty-five-year-old Hmong male, as the suspect in the March 22nd spree shooting near Wausau, Wisconsin.

The media is calling the shooting “domestic violence related.” However, he did not kill his wife. He killed his wife’s white divorce lawyer and three other white people. One of the victims is a police officer. Two of the victims worked at a bank he was feuding with. The bank had filed a $5,789 claim against him.

First he killed the two women at the Marathon Savings Bank. Then he went to a law firm and killed his wife’s divorce lawyer. Then he got into a shootout with police at a third location. Vang was wounded by police and is in the hospital under guard.

This is the second time that a Hmong has gone on a shooting spree in Wisconsin targeting white victims. On November 21, 2004, Chai Soua Vang shot six white males and two white females with an SKS rifle. Five males and one female died. The victims were all deer hunting at the time. Most of the victims were shot in the back as they tried to run away. Vang appears to have been motivated by racial hatred of white people. During his trial, Vang was remorseless and said the men deserved to die for “disrespecting him.” Vang had been trespassing on private property when the white males asked him to leave.

Notes: The Hmong Broadcasting Company appears to be the only media outlet that reported the ethnicity of the shooter. The mainline Wisconsin media did not. However, two weeks ago, there was a standoff between police and an eighty year old white male in nearby Junction City. The man had pointed a handgun at a female Hmong neighbor and the fired shots after she ran back inside her home. In that incident, race and speculation about a possible racial motive dominated the coverage.

The Hmong were featured in the hit movie Gran Torino. While most East Asians have very low crime rates, Hmong tend to have higher rates. They are considered to be the indigenous people of Vietnam. There are about 50k Hmong in Wisconsin.