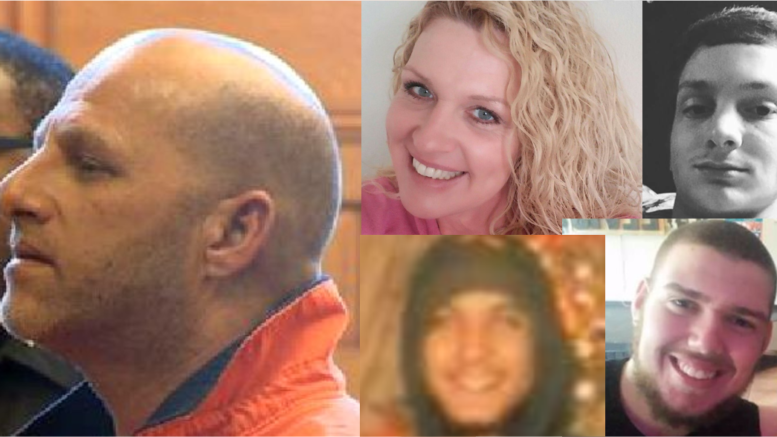 On February 25th, Nasser Hamad, a 47-year-old Arab man in Howland Township, Ohio, shot five white people as they sat in a van. Two of them died. A forty three year old woman was severely injured and remains in the hospital. When the first EMT arrived on the scene, Hamad had returned to the crime scene with more bullets and resumed shooting. The EMT had to dive for cover.

When Hamad appeared in court the first time he asked the prosecutor if he was a “Jewish Zionist.” Then he told the prosecutor “I got big family. Big attorneys, gonna make this guy look like a joke. Comin’ for you. You like that PR? I’m gonna give you PR.”

Now Hamad is playing the race card and claiming he is being prosecuted because he is an Arab. Chris Becker and Michael Burnett, assistant prosecutors, say Hamad is the only person injecting race into the case.

Prosecutors say Hamad had been feuding with several people in his neighborhood on Facebook. On February 25th, he egged a group of people into coming to his home, which is right outside of Warren, Ohio. One of the men was the son of a woman Hamad was dating. Hamad had taunted him on Facebook with crude comments about having sex with his mom.

The messages sent by Hamad on February 25th include:

“Shively u [deleted] looking face think u something … U dirty broke trash … Little midget white [deleted] boy … I been still waiting for you [deleted].”

Five people arrived at Hamad’s house in a van. According to survivors, John Shively, 17, agreed to fight Hamad one on one in the front yard. After soundly defeating Hamad, the survivors say they pulled him off and let Hamad go.

That is when Hamad ran into his house to get a gun. The group got back in the van and was about to leave. Hamad came back outside and started firing into an open window. April Trent, the driver, was hit and disabled. Hamad then opened the door and fired more shots, mainly hitting April Trent repeatedly at point-blank range.

Then Hamad ran back inside. An off duty EMT was driving by and saw the van. He thought it had just been in a wreck and pulled over to provide assistance. Hamad then returned to the crime scene with more bullets. The EMT asked Hamad “what happened?” Hamad alleged responded saying “I’ll show you what happened,” and resumed firing at the victims.

At this point two of the survivors fled on foot. Court documents say Hamad confessed that he continued firing at the men as they fled.

Hamad’s only injury was a fracture of the navicular bone of his left hand.

Josh Haber, 19, died of a single gunshot wound. Prosecutors say he was fatally shot in the back when Hamad returned the second time with more ammo.

April Trent-Vokes, 43, was several injured with gunshot wounds to the head, arms, chest and legs. She is reportedly still in the hospital.

John Shively, 17 and Bryce Hendrickson, 22, were both hospitalized. Local media has published wildly different accounts of their injuries.

Hamad is facing two counts aggravated murder, and three counts of attempted murder. Prosecutors say it was premeditated and he could face the death penalty. Not only is Hamad remorseless but members of his family are accused of placing a “Free Hamad” sign at the crime scene.

The family of Joshua Williams is trying to raise money for funeral expenses.

Media coverage has primarily been confined to an extremely small area. A Youngstown, Ohio FOX affiliate and some Warren, Ohio newspapers and radio stations. The larger Cleveland media market has not even picked it up.