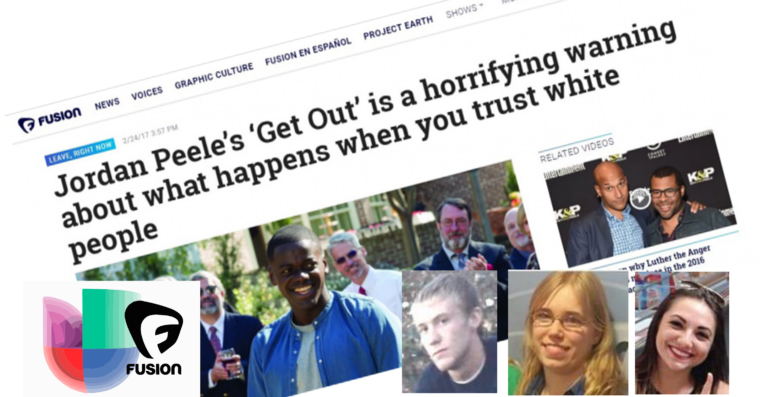 When it comes to interracial killings, the media, television shows, and Hollywood movies all have a certain narrative they push. But does it reflect reality?

We decided to collect raw data on interracial killings involving whites and blacks. So far we have found 28 black on white killings that occurred in February of 2017. We have not found any white on black killings for the month of February yet. Many of the killings are random murders. Media outlets tend to use euphemisms like “thrill killing,” or “attempted robbery,” or “wrong place at the wrong time” for these kinds of killings.

Please e-mail us about any other interracial killings involving whites and blacks in 2017. Please note that updates to this list will be made here.

Note: Special thanks to NewNationNews.org for research.

On February 28th, Jason Thomas, 35, was shot and killed by a black male in Fort Smith, Arkansas. He was shot in the face, right in front of his wife, while sitting in his vehicle. The couple was having trouble starting their car. The perp walked up and shot him through an open window and then walked away.

On February 27th, Jessica Lynn Mills, 29, was shot in the back and killed by two black males. It occurred in Houston, Texas. She was murdered in front of her husband and two small daughters.

On February 24th, James Melton, 36, was shot in the head and killed while sitting in his truck. It occurred in Alexandria, Louisiana. Two black males have been charged. He was in the parking lot of Save More in broad daylight in the middle of the day.

On February 24th, Derrick Yanetta, 24, was shot and killed outside of a bar in Cleveland, Ohio. The perp is a black male who is a career criminal. The perp got into a shootout with police after killed Yanetta. He was shot in the buttock.

On February 22nd, Zachary Winters, 28, was shot an killed in front of his apartment. A black male neighbor has been charged.

On February 19th, Trevor Tiemann, 26, was shot and killed in Cincinnati, Ohio. A black male has been charged. Tiemann appears to have been targeted at random.

On February 18th, Ashley Fricke, 25, of Woodford, Virginia was found shot and killed in her car in a Walmart Parking lot. Police have arrested a black female. The murder appears totally random. Fricke was engaged to be married.

On February 17th, Brian Smith, 27, was shot twice and killed in El Dorado, Arkansas. He was killed while standing in the front doorway of his home. The suspect is a black male with a history of violent felonies.

On February 16th, Julianna Chambers, 13, was killed in Whiting, IN. Her 57-year-old grandmother was also injured. The perpetrators are two black males who rammed their car while fleeing from police. A police officer witnessed the perps stealing beer and tried to make an arrested. Instead they led the officer on a high-speed chase until they murdered Chambers. The media loves to hype officer involved shootings of black males. Therefore it is important to note that a large majority of all killings committed by fleeing suspects are committed by blacks.

On February 15th, Clyde A. Weeks, 19, of Hinesville, GA was shot multiple times and killed. The suspect is a black male who reportedly was terrorizing the neighborhood. The suspect initially pulled a gun on someone else and Weeks tried to intervene.

On February 15th, Walter “Wes” Scott Jr., 65, was delivering newspapers in Charlotte, NC. He was shot and killed near Martin Luther King Jr. Blvd. A black male with an extreme criminal record has been arrested for the murder. The suspect was on parole at the time. The victim was widely loved by the community. Friends say that Scott was worried about how dangerous the neighborhood had become. The shooting is being called totally random.

On February 14th, William Grahek, 22, was murdered in Duluth, MN. He was a student at the University of Minnesota-Duluth. He was shot by a black male. Several other people, including both blacks and whites have been charged for being accessories.

On February 14th, John Wesley Pruitt Jr., 41, was shot and killed while working at a BP gas station that he owned. The Family Fare/BP station in Durham, NC. The suspect is a 16-year-old black male. Apparently Pruitt managed to shoot the perpetrator during the attack.

On February 14th, Joshua Evans, 18, was shot multiple times and killed in Louisville, Kentucky. Two black males have been arrested. This was one day after the victim turned 18. The victim named his attackers in a Facebook post just minutes before he was killed. Evan’s father says the perps have been systematically bullying Evans for four years.

On February 12th, Anthony “Tony” McIntyre, 60, was murdered inside his home in Louisville, KY. The suspect is a black male who lived a few doors down. It appears to have been a home invasion. The suspect has also been charged with choking a female victim two days after the murder. The female victim says he confessed to the murder and then started choking her.

On February 12th, Barbara Lynn Grubb, 35, was found murdered and dumped on the side of the road in Sumter County, Florida. Police have identified a black suspect.

On February 11th, an interracial couple was murdered in Macon County, TN. The suspects are two black males. The victims names are James Turner, a black male, and Ashley Mondoni, a white female.

On February 11th, Jack Carter Little, 69, was shot and killed while working in his High Point, NC Army Surplus store. Police have arrested two black males and a black female. Little had owned the store for 35 years. He is survived by a wife, daughter, two granddaughters, and a great-granddaughter.

On February 8th, Reagan Tokes, 21, was raped and murdered in Grove City, Ohio. She was a senior at Ohio State University. A black male has been arrested. The suspect is a convicted sex offender, who had just been released from prison last November. Tokes was abducted after she left a waitress job. He body was dumped in a park.

On February 8th, Lawrence Ammon, 43, was shot and killed in the parking lot of the Round Rock, Texas Wag-A-Bag convenience store. The suspect is a black male.

On February 7th, Nicholas Olson, 31, was found shot to death in his car in West Palm Beach, FL. Police have charged a black male with the murder. The suspect confessed that he took the victim’s wallet and cell phone, but then shot him multiple times execution style. The victim is a father of two. The same perp is a suspect in the murder of a black male back in July of 2015.

On February 7th, Kyle Simpson was murdered in his driveway in Jacksonville, Florida. Witnesses saw three black males load his possessions into an SUV and drive away. When police tried to pull them over, they rammed the police car. Simpson is a veteran, who is survived by a wife, a son, and two grandchildren.

On February 6th, Dana Michelle Wilson, 18, and Ryan Michael Menke, 18, were killed by an habitual drunk driver. Police believe the driver was drunk and speeding. He is a black male. The driver has a serious criminal record. In 2000, he was convicted of assault with intent to kill, but barely did any jail time. Since then he has been repeated arrested for drunk driving and drugs.

On February 6th, Patricia Payne, 54, was murdered in her home in Ventura, CA. The suspect is her black husband, who is a retired Judge. He is the first and only black Judge ever to sever in the County. When police arrived at the home, he shot himself.

On February 3rd, Vitali Mialik, 34, was shot and killed in Suwanee, GA. Police are looking for two young black males. Nothing was stolen. They shot him in the neck for the fun of it and ran off. The victim is from Belarus and has a wife and two kids.

On February 2nd, Alex Phebus, 25, was stabbed to death in Madisonville, KY. Police have arrested a black male. The victim was able to describe the attacker before he died. It is unknown if Phebus knew his attacker beforehand.

On February 9th, Alvin Stoll, 17, was killed in a drive by shooting in Chicago. He was killed in what is considered a low crime part of Chicago.