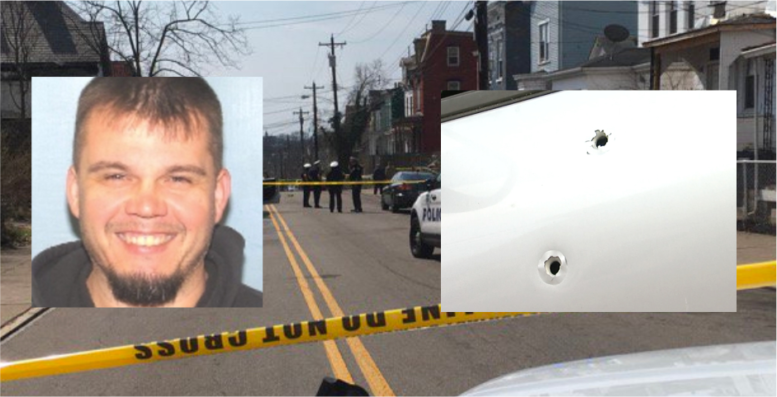 UPDATE: Police say two black males shot Urton, one of whom is the father of the child.

A motorist was shot and killed and an unidentified passenger was attacked in the Walnut Hills neighborhood of Cincinnati.

Jamie Urton, a 44-year-old white male, was driving down Kenton Ave when a four-year old child apparently ran into the street. Urton hit the four-year old and stopped the car. The four-year old is said to have non-life threatening injuries.

Police say three men beat Urton and his passenger. Then one of them shot Urton.

Cincinnati Police issued an alert saying they are looking for three suspects, at least one of which is armed. However, they did not include any description of the suspects.