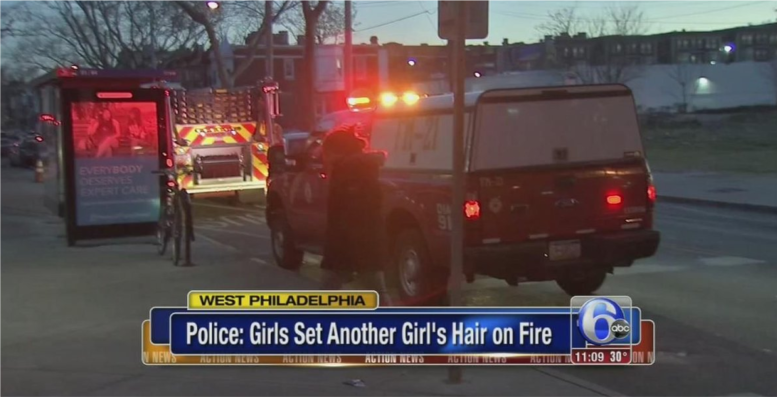 There was another serious mob attack at a Philadelphia SEPTA station on March 22nd. This comes on the heels of a videotaped mob beating at a SEPTA station last week.

A 16-year-old girl was attacked and pinned down. The perps set her hair on fire using a lighter and a can of hair spray. She was hospitalized briefly with burns on her back. Another 13-year-old girl had the back of her jacket slashed with a knife. The two victims are cousins.

Police say they arrested six female juvenile suspects. No information has been released about the suspects. The station is located in Census Tract 8602, which is listed as 80% black.

A woman also had her hair set on fire while riding a public bus in San Francisco on March 20th. Police arrested a suspect, but no details have been published about him.