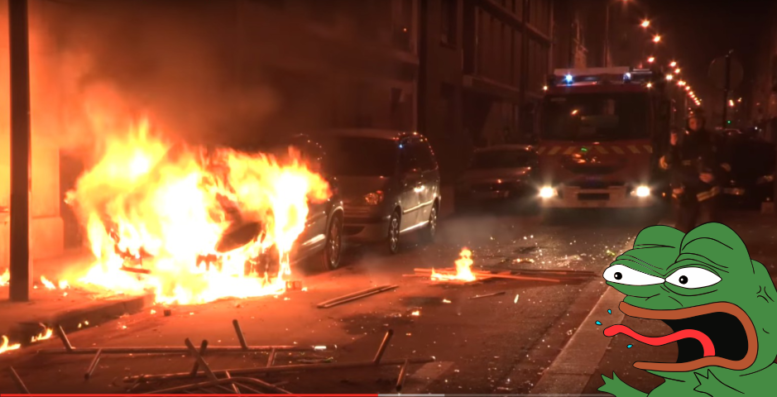 Paris has been the scene of immigrant rioting for weeks. However, previous rioting has been Middle Eastern and African immigrants.

Last night about two hundred young Asians, mostly from China, staged a violent riot. It began as a protest over the police involved shooting of fifty-six-year-old Shaoyo Liu on Sunday. He was shot and killed by French police during a domestic disturbance call. Police say Liu threatened them with scissors. His family says he was cutting fish for dinner. Liu is a citizen of China.

Liu is a citizen of China. Paris has a history of using Chinese workers that dates back to WWI. Part of the Chinese population in Paris maintains their citizenship in China, while some have become French citizens. The Chinese community has held protests against crime in Paris since at least 2010. Chinese advocacy groups say that other immigrants predate on the Chinese. In 2010, a Chinese protest march in the Paris suburb of Belleville ended with huge running battles between Chinese and African immigrants.

On June 25th, 2010, thousands of Chinese held a march in the Paris suburb of Belleville, to protest the predation of Chinese by other immigrant groups. As the march ended, it turned into a running battle between Chinese and African immigrants. Riot police had to intervene.