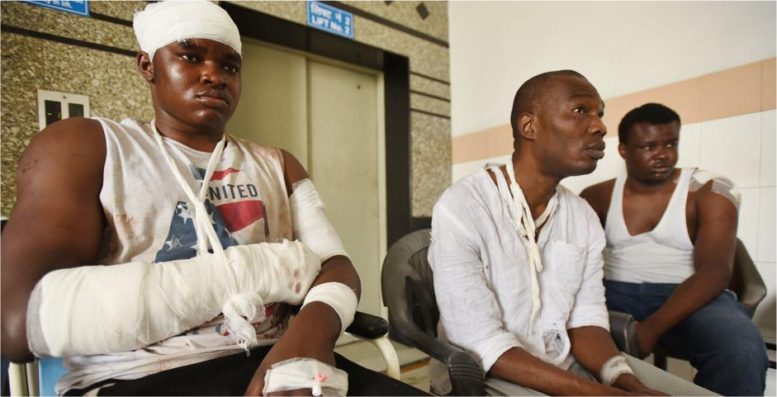 There was a series of shocking mob attacks on March 27th inside a mall in Greater Noida, India. The target of the violence was foreign students from Africa. At least four Nigerians were taken to a hospital for medical treatment.

The violence started after a 19-year-old Indian girl overdosed on illegal drugs and died. She is believed to have been with Nigerian students at the time. The mob accused the Nigerians of selling drugs and harassing women.

Enduranca Amalawa, 21, is one of the victims. He says that mall security guards refused to help him while he was being beaten. He says his brother locked himself in a “trial room,” but the mob smashed through the door and attacked him.

Several banners were hung in Greater Noida telling all Africans to leave the city. City officials have beefed up security at hostels and colleges. However, they have urged Nigerians to remain indoors.

Police arrested five people. Greater Noida is a tech city with lots of colleges and Universities.