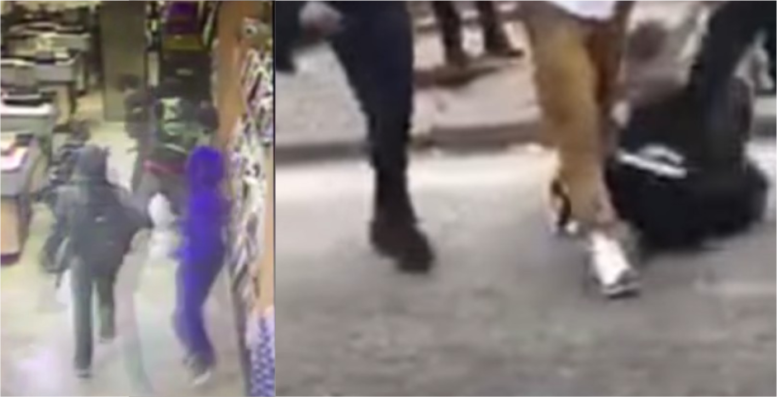 A large group of black teenagers raided a Safeway in San Fransisco, filling their backpacks with merchandise. When a manager tried to stop them, he was brutally pummelled. The owner of the Safeway told KRON 4 that what you see in the video is “an everyday occurrence.”

In Philadelphia, SEPTA transit police say that after school mob violence by black public school students is now occurring daily. Last week two teenage girls were beaten by a mob and one had her hair set on fire. A few days before that, there were mob attacks at a SEPTA station resulting in ten arrests. When public schools had a half day in early March, over one hundred black teenagers rioted and attacked people in City Center.

On March 23rd, SEPTA transit police announced a crack down on after-school violence. There will now be officers on every SEPTA train, on every school day, between 3-7 PM. Two days later, Philadelphia police announced a new mentoring program specifically aimed at curbing after school mob violence.

This is the newest video of after school mob violence to come out of Philadelphia.