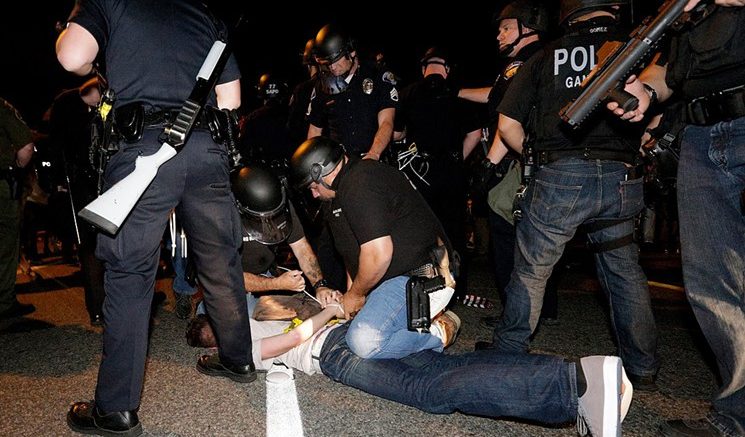 One of the thugs arrested at the Costa Mesa, CA Trump rally has been convicted of two misdemeanors. However, he won’t actually receive any punishment.

Luis Fernando Alarcon, 20, threw an object at a police car, which caused heavy damage. He was charged with a felony, and faced three years in jail. However, he was offered a misdemeanor plea bargain. He plead guilty to misdemeanor vandalism and guilty to misdemeanor inciting a riot. The judge suspended the sentence of one year in jail and gave him three years non-reporting probation instead. Which means, literally nothing happens to him.

A major reason why so many leftists engage in violence is because they do not believe there will be any serious consequences. The media will defend them, the police will rarely make arrests, the foundations will give them free lawyers, and ultimately the courts will usually give them a pass.