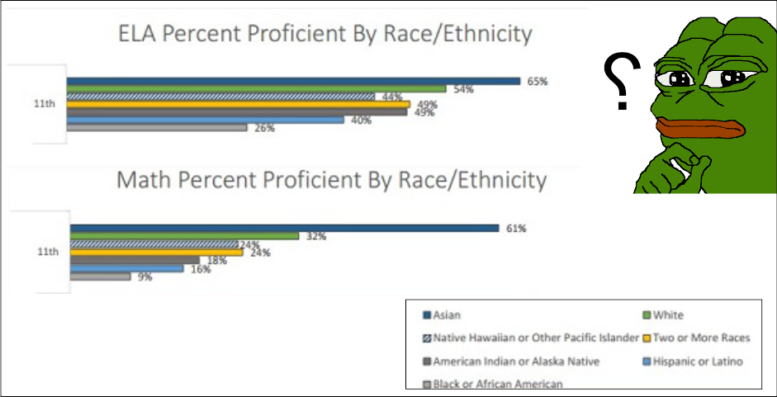 We already discussed the fact that Detroit schools receive more money per pupil than other districts, but have lower test scores.

Does this funding trend hold true for other majority black districts?

But what about proficiency test scores?

Asians absolutely dominate in every single category. Blacks trail in every single category. Many Asian immigrants come to Michigan to go to college, work in the tech field, or to take advantage of Federal taxpayer subsidized small business loans to immigrants. These are people who tend to be intelligent and ambitious, so you would expect their children to perform well.

Pacific Islanders are performing about on par with whites. However, Michigan is less than a tenth of a percent Pacific Islander, so you can’t really draw conclusions from a sample size this small.

Latinos immigrants, on average, tend to be from poor families that came to the USA to do menial labor. Their children still outperform black Americans. 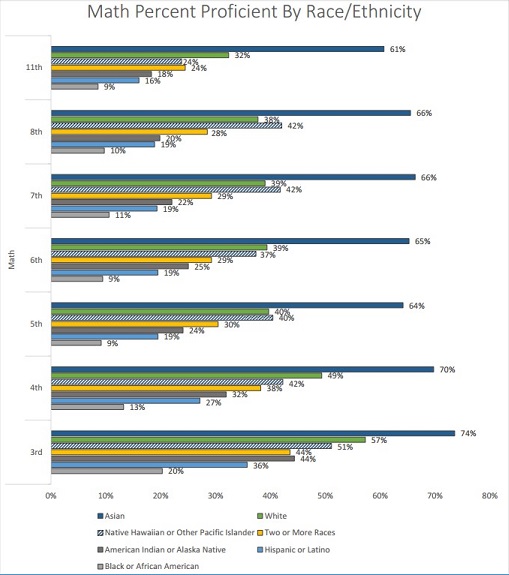 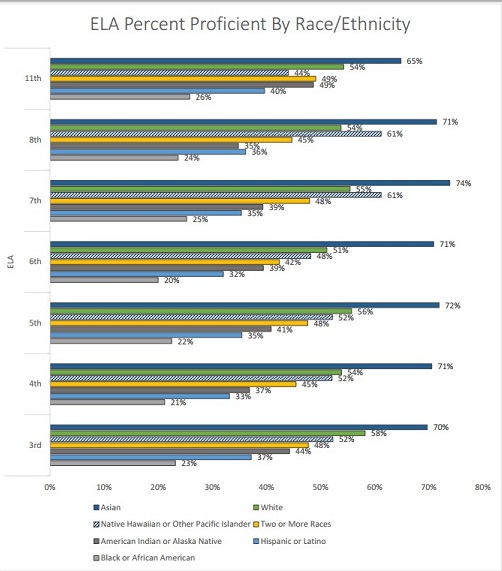