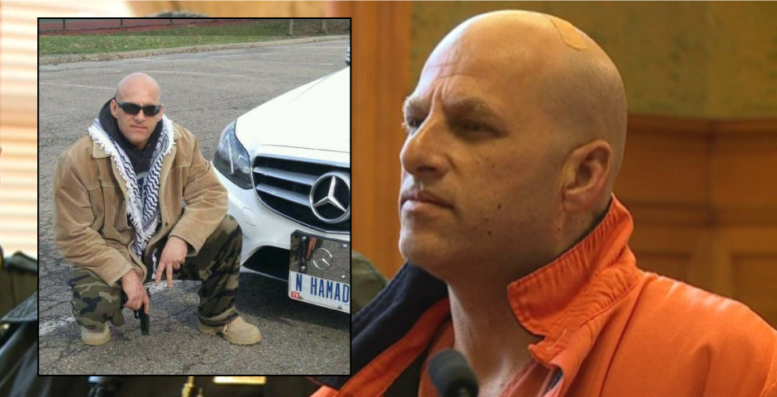 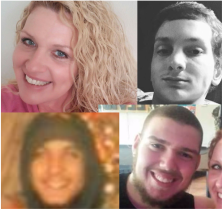 The first part of this article is a summary of what we have already covered and the second part is new information. Click here for our previous coverage with more details and some 911 recordings.

Hamad specifically stated that the victims should bring as many people as they wanted. He stated that he would not have a gun and would not call the police.

Hamad lives on a busy five-lane road in Howland, Ohio right outside Warren. Five people, four men and one woman, arrived in a van. The survivors say that Hamad engaged in a mutual one on one fight with Shively. They say that when Hamad stopped defending himself, they broke up the fight.

Hamad ran inside and the five got in their van. Then Hamad came charging out of the house shooting a gun. Forty-three-year-old April Trent-Vokes was in the driver seat. She was shot through a window and disabled. Hamad opened her door, shot her several more times and point-blank range, and then shot at other people in the car.

Hamad ran back inside. An off-duty EMT saw what he thought was a car wreck and pulled over. When he got close to the vehicle, Hamad was returning to the crime scene with more bullets. The EMT says he had to dive for cover as Hamad opened fire again. Hamad continued to shoot at two of the victims as they ran across the five-lane road with cars still driving by. Multiple people called 911 to report injured men running through traffic while another man was still shooting at them.

According to the Trumball County Sheriff’s Department, Nasser Hamad is 5’10 and was 175 pounds when he was arrested. He appears to have an athletic build. Hamad was previously arrested in Trumball County for violent crimes. In 2009, he was charged with domestic violence and discharging a firearm at a habitat.

Hamad is making his defense about race and religion. He claims he is only being prosecuted because he is an Arab and a Muslim.

Geoffrey Oglesby is a black attorney who says he specifically asked to be part of Hamad’s defense. He showed up at Hamad’s first court appearance and acted as his stand-in lawyer. Oglesby is based out of Sandusky, Ohio, which is quite far away.

Oglesby told local media that Nasser was only being charged because he is a “minority.”  He claims that if Nasser was white, then his actions would be considered self-defense. Oglesby has filed a deluge of motions, many of them racially charged. In his motions, Oglesby calls the victims a “terrorist group” and says the survivors have not been charged with crimes because they are “white Americans.” Oglesby says the survivors should be charged with hate crimes and felony murder.

Among other things, Oglesby has demanded a new judge, a new prosecutor, and that all the victim’s homes be searched for evidence of any possible criminal activity. The judge has already denied a large number of Oglesby’s motions. Oglesby’s law license was suspended in 1992. Since then, his law license has been temporarily suspended or place on probation multiple times.

Numerous family members and Muslim friends have publicly defended Hamad. At a March 30th court appearance, he had over a dozen supporters with some wearing t-shirts with his picture. The t-shirts also had “Protect the Castle Doctrine” printed on them. Prosecutors and legal experts say that Hamad’s actions are in no way protected by Ohio’s castle doctrine law.

Mike Hamad, the perp’s brother, told local media that Nasser Hamad is being selectively prosecuted and the reason “has to be race.”

Family members and friends of Nasser Hamad in court. Some wore t-shirts with Hamad’s picture. Mike Hamad is at the far left.

Bryce Hendrickson and April Trent-Vokes were both still hospitalized around mid-March. It has not been reported if they have left the hospital yet. Hendrickson’s injuries may have been a lot worse that originally reported. He had a bullet enter his neck and then go through the roof of his mouth.

So far media coverage has been quarantined to the tiny Youngstown media market. The story is being covered by channels 21 and 27, a small CBS affiliate and a small NBC affiliate, and the local papers in Youngstown and Warren. This market is wedged between the large Cleveland and Pittsburgh media markets. It is quite shocking that the Cleveland media has shown no interest in what is the biggest story of the year just forty-five miles away.

The spree shooting took place two days after a white male shot three people in a bar in Olathe, Kansas. An East Indian was killed. That shooting was the single biggest news story on CNN and MSNBC for two days in a row and was given intense international coverage.

On a purely side not, even though the perp is explicitly basing his defense on not being a white man, Trumball County classifies him as “white.” This is a nationwide phenomenon we recently discussed. This causes white crime rates to be inflated in state and Federal crime statistics.