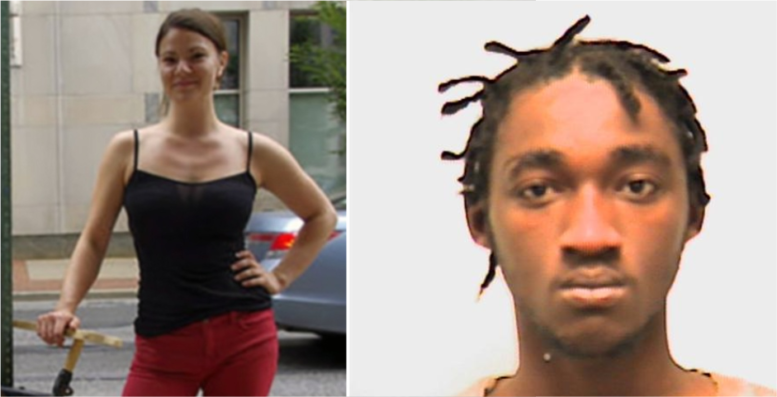 Corrina Mehiel is the 34-year-old white female that was stabbed to death in her home by a black male on March 20th.

Today the DC Police confirmed that she was in fact tortured. Police say El Hadji Alpha Madiou Toure, 28, attacked Mehiel in her home and tied her up. Police do not believe that Mehiel had ever met Toure before.

Surveillance video shows Toure getting off of a public bus at 10:00 AM Monday, March 20th. A different video shows Toure loitering across the street from where Mehiel was staying. He watched Mehiel park her Prius.

Police believe that as Mehiel opened her apartment door, Toure attacked her from behind. Then she was tied up inside the basement apartment.

The autopsy on Mehiel revealed evidence of systematic torture before she was killed. The killer made shallow stab wounds on her neck and Mehiel had defensive wounds on one hand.

Then Toure made deep stab wounds to her neck and torso and left her for dead.

Police believe Toure tortured Mehiel to get her ATM pin number. He went to several ATM machines and withdrew a total of $4,000.

DC Police are still refusing to disclose Toure’s immigration status. The name El Hadji Toure is most common in Senegal.