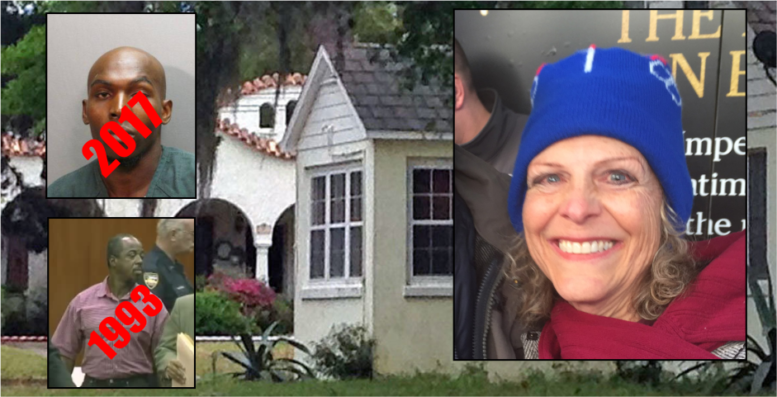 On March 23rd, Deborah Liles, a 62-year-old white female, was found beaten to death inside her home in the Panama Park area of Jacksonville, FL. This afternoon, police announce that Adam Lawson Jr., a 24-year-old black male, has been arrested for the murder.

What makes this case even more shocking is that the same victim was nearly killed in a home invasion back in 1993 in the same house. She was tied up and severely beaten. Curtis Head, a black male, was sentenced to life in prison. Head had 32 previous arrests and six felony convictions before attacking Liles.

We check public records and Head is, surprisingly, still in Florida DOC custody. After the 1993 attack, Deborah and her husband Micheal worked to get stronger laws passed.