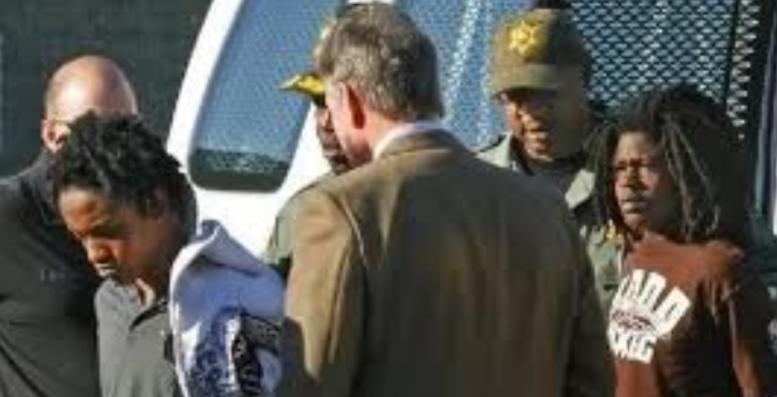 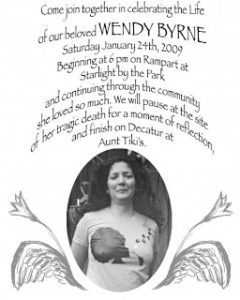 In January of 2009, Wendy Byrne, a thirty-nine-year-old white female, was shot in the back as she was leaving work. It took place in the French Quarter of New Orleans. The perpetrators were three black males aged 15, 15, and 14. The media called it an “attempted robbery.” Police say that Byrne and her friends put up no resistance and the trio didn’t steal anything. They simply shot her and then ran away. One of the perps was already wearing a tracking ankle bracelet.

The murder sparked a huge uproar and was deemed to be one of the most shocking to occur in the city in a decade. The public demanded severe punishment. The authorities claimed that the three perpetrators would be tried as adults and put away for a very long time. They said the 14-year-old could only be held for 17 years, but the other two faced life in prison.

Eventually, the murder faded from memory and the public assumed that the perps had been put away for decades.

Then, on March 27th, three black males shot and kill another black male in the Gentilly section of New Orleans. Drey Lewis, one of men who killed Byrne, was the victim.

The New Orleans Advocate then did an expose, revealing that all three of the perps have already been walking the streets for years. The revelation has rocked New Orleans. The more you dig into the story the worse it gets.

Reggie Douglas (5.25 years in juvenile detention and a mental hospital) 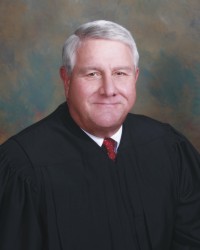 Reggie Douglas was the gunman. Aged 15 at the time. He faced life in prison. Instead, he was never prosecuted and sent to a mental hospital in 2012. His defense argued that he had an IQ of only 56. On April 2014, East Baton Rouge Judge R. Michael Caldwell called him “gravely disabled and a danger to others as a result of mental illness.”

Yet he released Douglas into the custody of his cousin. Orleans Parish District Attorney Leon Cannizzaro told the Advocate that he didn’t even know Douglas was back on the streets.

Ernest Cloud was aged 15 at the time. Instead of being tried as an adult for murder, he was eventually given a slap on the wrist plea deal. In exchange for testifying against Douglas and working on his GED, he would be given ten years for manslaughter with early release. He never actually testified against Douglas, because Douglas was never prosecuted.

In June of 2014, the Louisiana Supreme Court voted 4-3 that Cloud had made a “good faith effort” to get his GED, but lacked the intelligence to actually pass the test. Cloud was determined to have “moderately severe mental retardation” while in juvenile detention. His defense argued that his IQ was only 50.

Public records show that he was arrested on July 14th, 2015 for possession of a stolen car and other stolen property. He was released again in October of 2015. He was charged with assault and robbery last December. He is currently held in the Orleans Parish jail.

Drey Lewis was 14 at the time of the murder. He was also given a manslaughter plea deal. He was released from juvenile detention with an ankle bracelet in October of 2012. Lewis was killed by three black males on March 27th. Police say Lewis may be involved in multiple recent gangland killings.