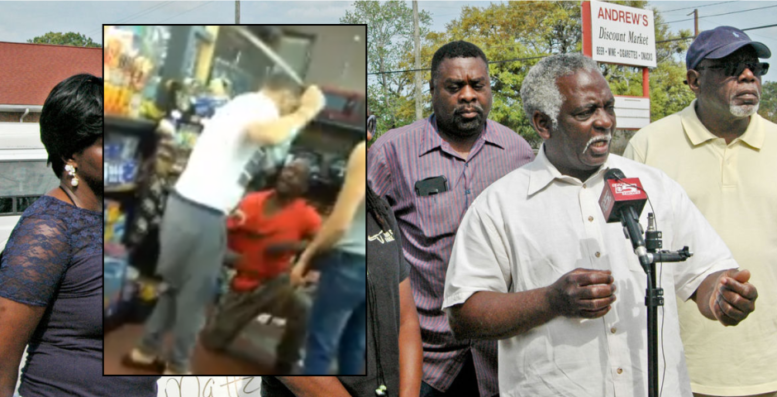 Johnson referred to the store’s employee as “Arabs” and “foreigners.” He called on them to go back to the Middle East, saying “we want [them] out of our community completely. We want him gone out of the community. They need to go back to their country where their laws are different from our laws.”

Johnson followed up by saying “We sending a message to all the Arab and the foreigner stores in North Charleston and the city of Charleston that we gonna stop you from taking money from our community and putting none back in it.”

He then told the media he would no longer let foreigners “rape our community anymore.” Johnson is an official spokesman for NAN, who speaks on behalf of the group all the time. 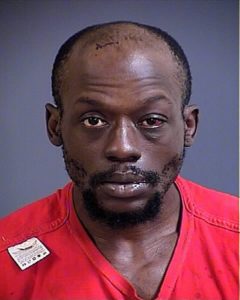 Tyrone Mazyck after being arrested for shoplifting.

Johnson was flanked by family members of Tyrone Deon Mazyck. This is a 38-year-old black male who was arrested at the store for shoplifting on March 29th. Johnson says the men working at the store were too rough in apprehending  Mazyck.

The owner of Andrew’s Discount Market says Mazyck pushed the workers and cut them with a knife. Police say they found a pocket knife at the scene.

After Johnson’s press conference, a group of black men and women staged an angry protest in front of Andrew’s Discount Market. The scene was reminiscent of Al Sharpton’s notorious protest of Freddie’s Fashion Mart in Brooklyn, NY. A protest in 1995 where one of the protesters returned to the store, ordered all black customers to leave, then shot eleven people and set the building on fire. Seven victims died. Sharpton accused the Jewish owners of Freddies Fashion Mart of exploiting the black community.