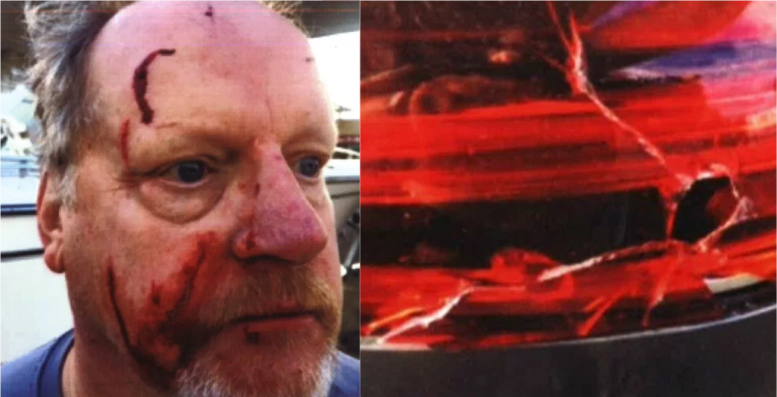 Update: The suspect has been arrested.

A white couple from Massachusetts stopped at a gas station off of I-95 in Caroline County, Virginia. They were driving home from Florida. The couple was driving a Porsche Cayenne and hauling a boat.

A black female blocked them in with her car. Then she took a claw hammer and began bashing the male victim, the car, and the boat. All while screaming racial slurs and racial abuse.

The perp said she was “sick of fancy white people.” She finally left when her hammer broke.

A witness snapped a photo of the woman’s car. She has been identified as Angela M. Jones, 26, of Newark, New Jersey. Caroline County Sheriff Tony Lippa says the attack is being investigated as a hate crime.