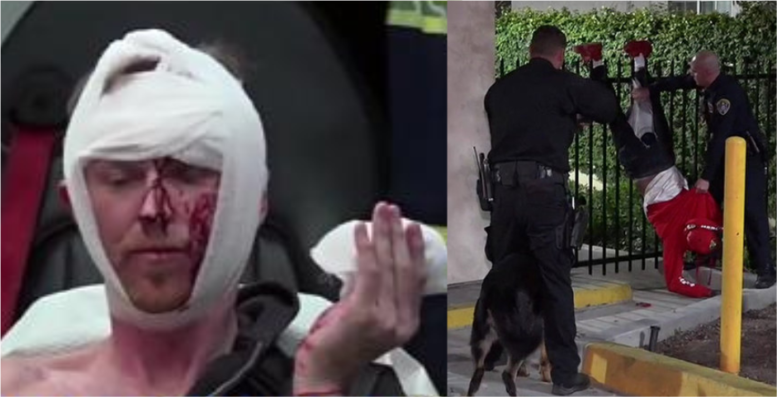 A white San Diego man was standing in front of his own house when a black male threw a rock, hitting him on the side of the head. The victim was hospitalized. The victim says he does not know the attacker and it was totally unprovoked. The victim’s girlfriend was with him at the time.

Police hunted for the suspect with K9s and a helicopter. While climbing over a residential fence, his baggy pants got stuck. Police had to get him down. Police say he faces assault with a deadly weapon.

Many are calling the attack a hate crime and want to see the perp charged under California’s hate crime enhancement law.