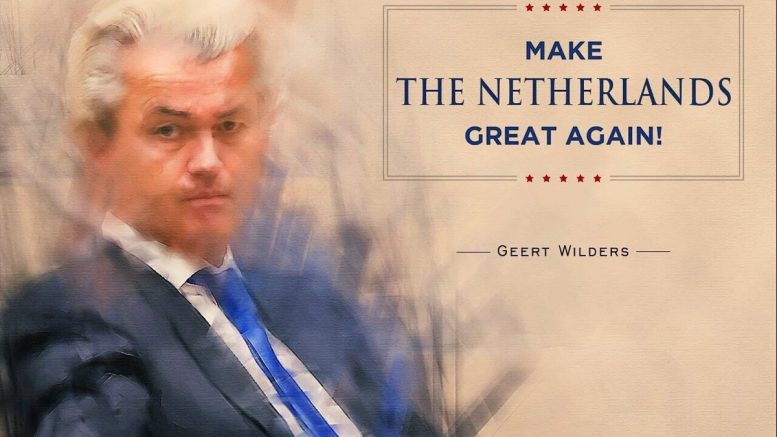 Geert Wilders Party For Freedom [PVV] received 15% of the vote in 2012. Currently the PVV is receiving first place in almost every Dutch poll. They are expected to receive between 27% and 30% of the vote in the March 15th, 2017 General election.

In second place is the centrist/libertarian VVD. Competeing for third place are the right of center CDA, the far-left D66, and the far-left Greens. Geert Wilder’s will likely become the new Prime Minister, with the PVV ruling in a coalition with the VVD and the CDA. The left-wing will be completely shut out of the ruling coalition.

The socialist Labor Party, currently a ruling party, is expected to lose over two thirds of it’s current seats. The election will be a huge swing to the right for the Netherlands. It will make the Netherlands the most conservative nation in northwest Europe.