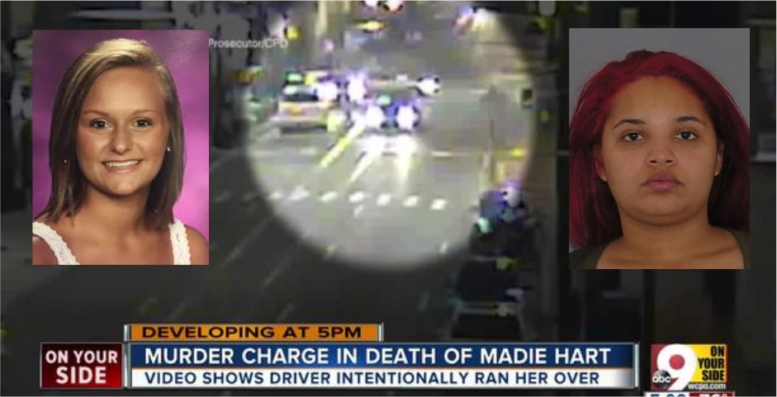 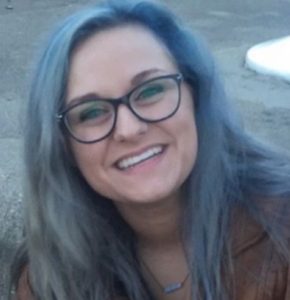 Madie Hart, an 18-year-old white female, has died after being intentionally hit by a car in Cincinnati.

Hart was involved in a confrontation with a twenty-year-old mulatto female named Briana Benson inside a bar in downtown Cincinnati. When Hart left the bar, Benson went to her car and followed Hart.

Benson rammed Hart with her car and dragged her 88 feet. Hart lingered for several days in the hospital before succumbing to her injuries. Police say surveillance video shows Benson stopping, going in reverse, and then surging to the right to hit Hart.

Hamilton County Prosecutor Joseph Deters held a press conference today to announce that Benson was being indicted for murder, felonious assault, aggravated vehicular homicide and failure to stop after a crash. She faces life in prison. A warrant was issued for Benson’s arrest.

Benson has been arrested numerous times, once for domestic violence against her own mother. Just days before her attack on Hart, she was indicted on drug charges. Police say she allowed her boyfriend to use her car to sell heroin.

Hart was a freshman at Ohio State University [OSU]. She is the second female OSU student to be murdered this year. OSU student Reagan Tokes was raped and murdered by a black male last February.