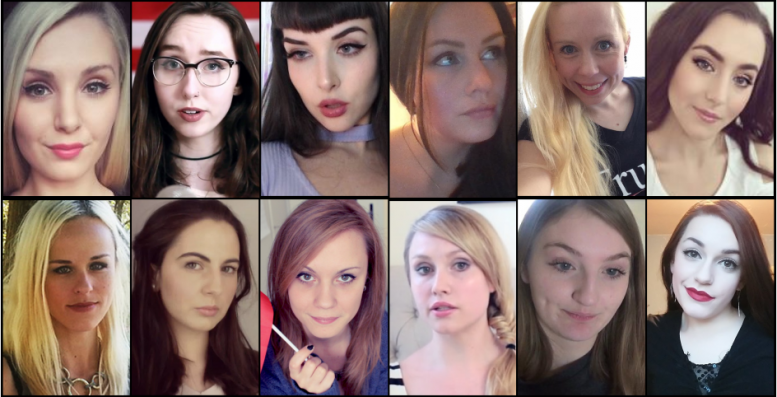 Right-wing ladies are a new phenomenon on social media. Here are twelve we think you should check out.

Note: These are fully independent ladies who have their own Youtube channels. There are more who work for media companies. For example, Faith Goldy works for Rebel Media and Millie Weaver works for Infowars.

Lauren Southern – Southern recently left Canadian based Rebel Media and is now independent. She travels to events in the USA to expose radical leftism. Recently made videos with Generation Identitaire in France.

RageAfterStorm – Grew up in Germany and now living in Switzerland.

The White Rose – Born in South Africa and now living in the United Kingdom. Taking on feminism and leftism.

The Swan of Tuonela – Based out of Finland. Opposing mass immigration and multi-culturalism. She also makes videos in Finnish on a separate channel.

Wife With A Purpose – Utah-based Mormon. Describes herself as a former SJW.

Virtue of the West with Brittany Pettibone – Pettibone is the author of the sci-fi novel Hatred Day. Based in California. Interviews conservative activists, sometimes along with Tara McCarthy.

Red Ice TV with Lana Lokteff and Henrik Palmgren – Based out of Sweden and the USA. A wide range of material.

Reality Calls with Tara McCarthy – Grew up in London and now lives in the USA. Says she had a left-wing upbringing. Interviews conservative activists.

Barbara4u2c – A Slovenian lady who is going to college in Los Angeles.

Blond in the Belly of the Beast – Based in the Pacific Northwest. Taking on social justice warriors.

Ann Lieven – Describes herself as “world’s most cynical patriot.”

Stell Bell – She is only 15 years old. She looks older because she wears a lot of makeup. Could be a future superstar of the right when she is older, if she sticks with it.