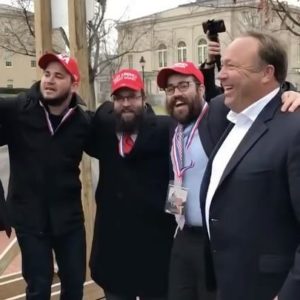 The controversy started with a Politico.com hit piece on the Chabad-Lubavitch sect of Orthodox Jews. The media outlet accused the sect of being a go-between for Trump and Putin. Members of Chabad-Lubavitch generally vote Republican. The article is written by a Jewish man who supports the left. He refers to Chabad-Lubavitch as “Trump’s Kind of Jews.”

Politico quoted Mort Klein’s comments about Chabad-Lubavitch dancers at a wedding. Klein said “they were dancing up a storm, these guys. I thought they were black. Instead, they’re just black-hat.”