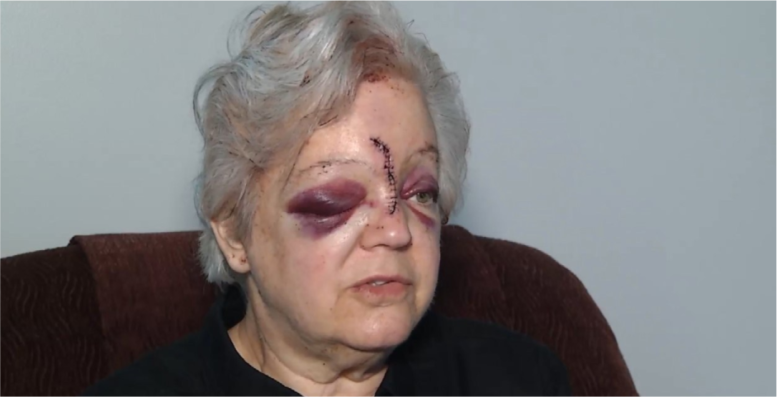 Joyce, a 62-year-old white female, was arriving at work at 4:00 AM Tuesday morning. She worked in the administration offices of St. Luke’s Crittenton Children’s Center. A black male had broken into the office and was laying in wait. He knocked down a woman who walked inside in front of Joyce. Then charged at Joyce and hit her in the head with a hammer twice.

Joyce suffered serious injuries. The other unidentified woman was also hospitalized. The perp stole a car belonging to the first victim. He abandoned the car in a wooded area. Kansas City police deployed a drone to hunt for the man.

The perp is still at large. He is a 5’7″ black male who was wearing a red hoodie Tuesday morning.

This is one of at least three different hammer attacks to have occurred around the country recently. A black female attacked a white male with a hammer in Virginia while screaming racial abuse. That woman has been arrested and faces hate crime charges. In another incident, two unidentified men were attacked by a group of black males on the New York City subway. One of the perps beat the victims with a hammer.