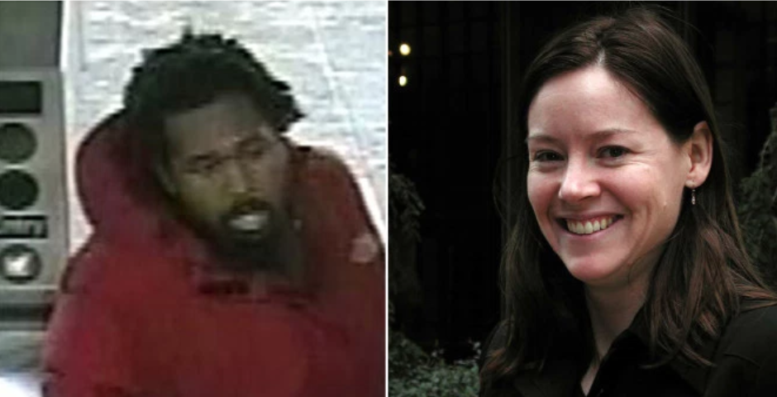 Cate Corcoran, a fifty-one-year-old white female, was riding a New York subway train when a large black male attacked her. The perp punched her in the face multiple times and then slashed her with a sharp object. He ran off with her iPhone.

Her cheek and lip were sliced open requiring forty stitches to close. Corcoran said she thought she was going to bleed to death. NYPD say it is the thirtieth reported slashing on public transportation this year.

Corcoran is an editor for the Brooklyn real estate website Brownstoner.

The perp is described as a six-foot-tall black male weighing almost 300 pounds. He is still at large.