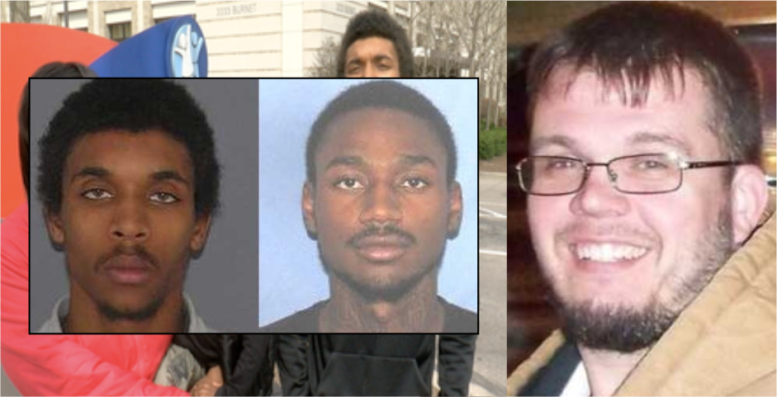 Update: The suspected gunman has been arrested.

This is a murder we have been covering since it first occurred. From the beginning, we suspected that racial hatred was the main reason Urton was killed.

Jamie Urton, a white male, was driving down the street in a majority black Cincinnati neighborhood on March 24th. A black four-year-old ran in front of his car and got hit. The four-year-old is fine, but Urton was attacked and killed. A passenger survived.

Police named Deonte Baber, a black male, as the suspect almost immediately. He is still at large and there is a $7,500 reward for information on his whereabouts. Jamall Killings, the father of the four-year-old, appeared on the news condemning the murder of Urton. However, his version of the events had major holes. Shortly after he was arrested and charged with murder himself.

It turns out that there is surveillance video of the entire incident. Killings attacked Urton while his four-year-old son still laid on the ground. Then Baber shot Urton several times.

Hamilton County Prosecutor Joe Deters held a press conference saying there was a racial motive. Until now, we still didn’t know anything about the passenger. Deters says that Urton’s passenger was a black male. Baber explicitly told him that he was being spared because he is black, saying “get out of here, your black.” Urton was giving the passenger a ride because he has a medical problem with his eyes.

Deters says that Baber could be charged with ethnic intimidate, Ohio’s hate crime law. However, he says the ethnic intimidation charge would not affect the outcome since they are pursuing life in prison for both suspects.

Deters also exonerated Urton, saying the video shows he was not at fault when his car hit the four-year-old. He also said that the neighborhood is so dangerous, that he would not have stopped his car like Urton did. Deters says if he had hit a kid in the same neighborhood, he would have just continued driving to the police station and then explained what happened.

Joe Deters is also prosecuting Briana Benson for the murder of OSU student Madie Hart. This is another murder we are covering.