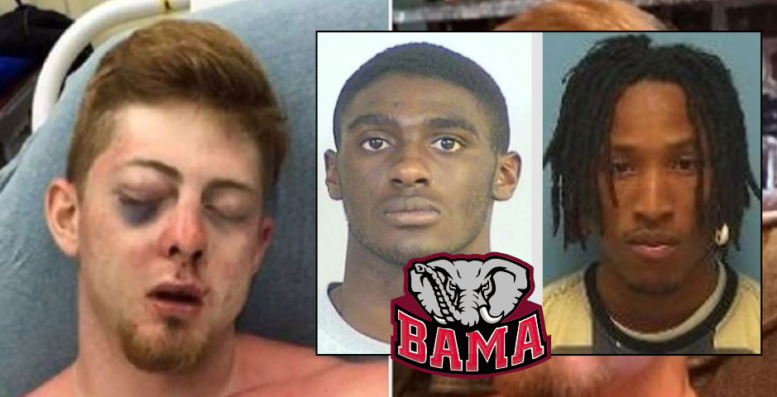 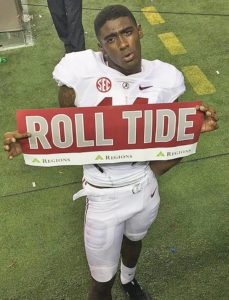 Noah Frillou, an eighteen-year-old white male, was brutally beaten by a group of black males in Crystal Beach, Texas. Several of the bones in his face were broken. Four black males have been charged with felonies for the attack. Three of the suspects are high-profile football players.

Thompson is a third-year sophomore and a defensive back. He could be kicked off the team. Thompson turned himself into the Tuscaloosa County Jail in Alabama. He was released after posting a bond. He claims that he is innocent.