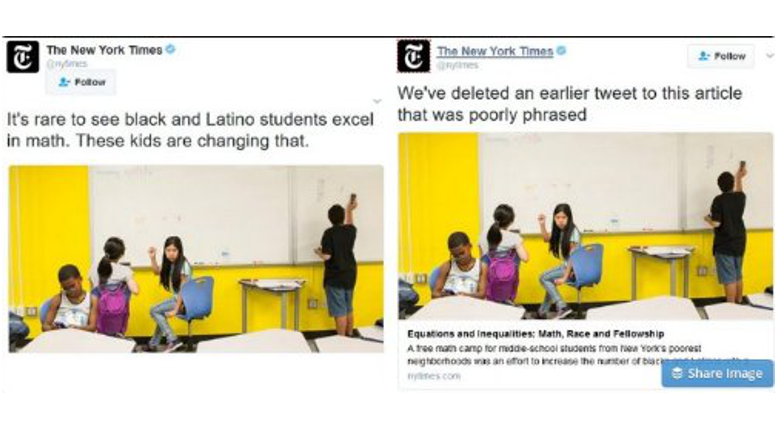 However, you are not supposed to notice this, or you are “racist.”

The left-wing New York Times accidentally noticed this and then chastised itself. They tweeted “It’s rare to see black and Latino excel in math.” Then they deleted the tweet and sent a new tweet apologizing for the first one.

The actual New York Times article in the tweet is about a special program for top performing “low-income” students called BEAM. The New York public school system has 1.1 million students. There are 76 students in BEAM. So the students in the article represent an astronomically small subset of cherry-picked students from the total student body. It would be expected that they would outperform their peers.