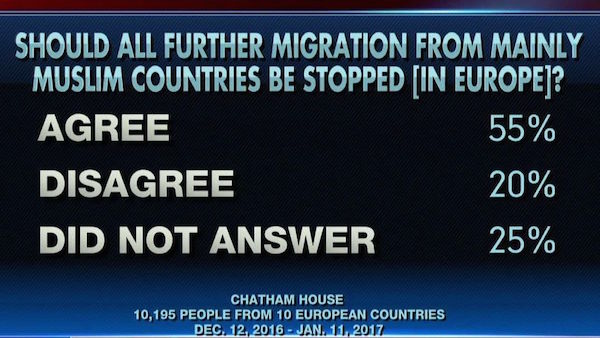 Chatham House is one of the most prestigious survey companies in the world. This poll sampled over 10,000 people from ten different European nations.

The poll asked if Muslim immigration into Europe should be stopped. 55% said yes and only 20% said no. As Bill O’Reilly points out, a significant portion of the 20% probably represents Muslims already in Europe. The poll clearly shows overwhelming opposition to the open border policies of many of Europe’s leaders.

Poland led the pack with 71% saying they want Muslim immigration stopped. Spain had the lowest with 41%.