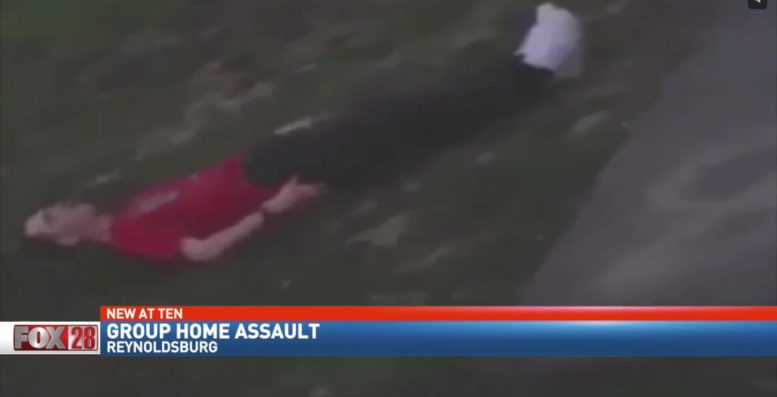 A Reynoldsburg, Ohio teenager was temporarily placed in a group home by Franklin County Children’s Services. Shortly after arriving, he was suckered punched and hospitalized. The other kids videotaped the assault and uploaded it to Facebook. The victim is white and everyone else is black.

The group home is a duplex in a residential neighborhood. The kid was released by Children’s Services shortly after. The local ABC affiliate covered the story. They treat the assault as if it was a surprising turn of events.