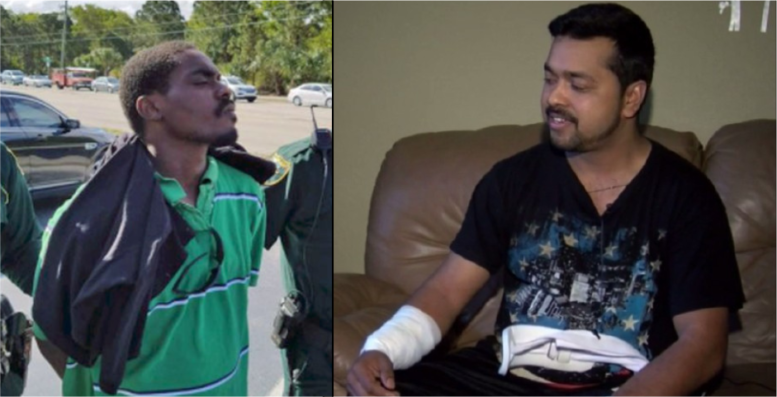 Jeremiah Emmanuel Hendrix, a black male, has been arrested for stabbing the owner of a Family Dollar store in Martin County, Florida.

The owner is an East Indian named Shinoy Mailackel. He needed twelve stitches to close the wound. The suspect has been charged with aggravated battery and hate crime enhancement. Hendrix had argued with store clerk Varsha Patel, who is also East Indian. He threatened the woman and then returned with a knife.

Police say the motive was racial hatred. Hendrix told police “they are [expletive] Arabs. I don’t like Arabs.”

This website recently published a report on black on East Indian crime.