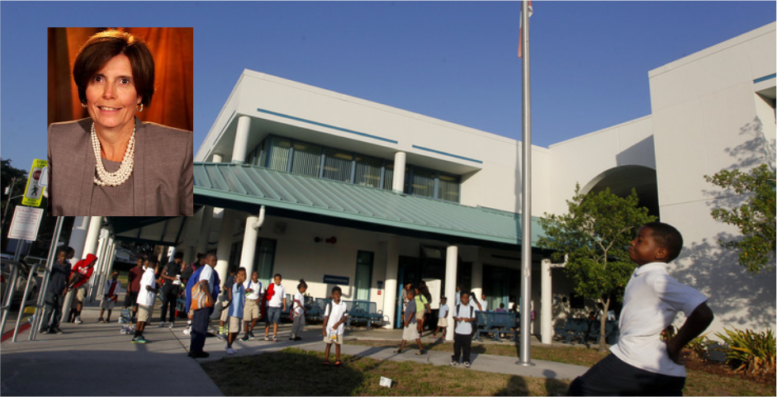 Campbell Park Elementary in St. Petersburg, FL is only 10% white. It was one of five majority black public schools denounced as “failure factories” by the Tampa Bay Times last year. The blame was placed on “inexperienced teachers” and not the students. Three of those schools had their principals transferred as part of an effort to improve academic performance.

The new principal at Campbell Park is Christine Hoffman, a white female who was previously the vice principal. While making new guidelines for how a classroom should be composed, she wrote that “white students should be in the same class.”

Immediately, the local NAACP threw a fit. Now the woman is apologizing and pledged “ to seek additional opportunities to apply racial sensitivity and cultural competence in my work.”

Hoffman says she only meant to avoid having a lone white student in any one class without any other white classmates.

Black students universally perform the worst nationwide, even though black students tend to get the most money in per-pupil spending. This website has documented this phenomenon.

The excuse of “inexperienced teachers” is used all over the country. Districts with majority black schools tend to only hire new teachers willing to work in one of these schools for the first few years. These tend to be people who are fresh out of college and highly motivated. Many of them honestly desire to be like Michelle Pfeiffer’s character in Dangerous Minds.

However, they find the behavior of the students so appalling, they try to get transferred or hired by a better district as soon as possible. Many even take a job at a private school for significantly less pay.