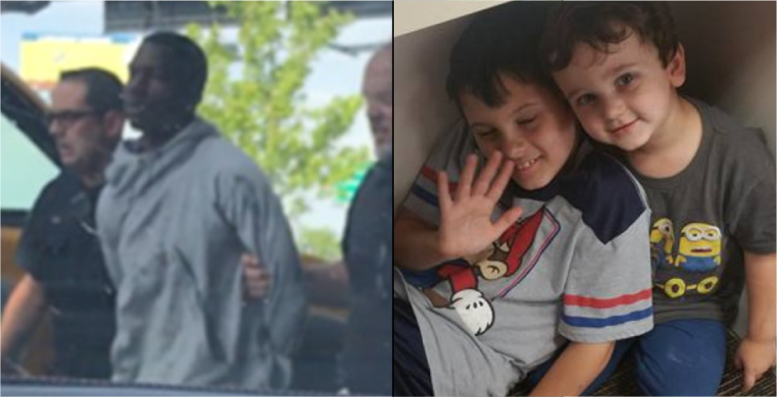 Update: The nine-year-old has died of his injuries.

Yesterday a Normandy, MO police officer attempted to pull over a black teenager on I-70 yesterday afternoon. The driver sped off. He got off of I-70 at the St. Louis airport and slammed into a family that was returning from Disneyland.

The vehicle had been stolen in an armed carjacking earlier in the morning around 3:00 AM. The identity of the perpetrator was not released because of his age. The suspect is 16 years old. Two other teenagers, both aged 15, were also in the stolen car with him. Police found a realistic looking fake gun in the car. None of the perpetrators were seriously injured.

The local media has adopted the narrative that the injuries are the fault of bad law enforcement policy on pursuing fleeing suspects.

This website recently published a report on fleeing suspects who kill.