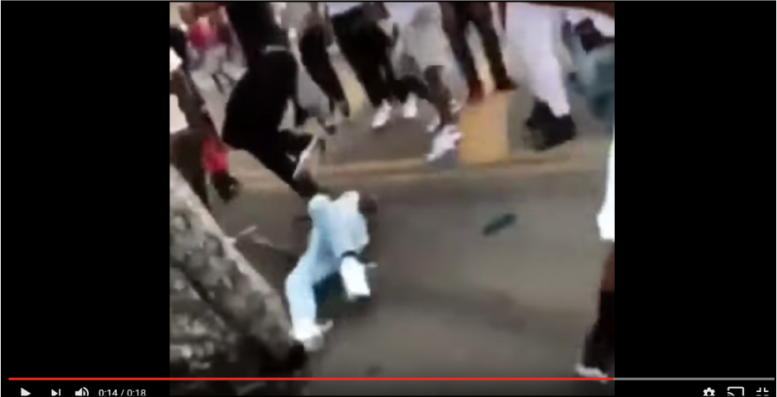 Yesterday, New York police arrested six people for a savage mob beating at Coney Island. The beating apparently occurred on Easter Sunday and a video was posted on Facebook.

The video shows a large group of black males pummeling a lone black male. They take turns kicking, stomping, and jumping on him while he is on the ground. The victim suffered a collapsed lung.

Maleek Meyars, 16, and Jahcorei Lewis, 17, are the oldest to be arrested. The other four are not being named because they are under 16. They are being charged with gang assault, criminal menacing and harassment.