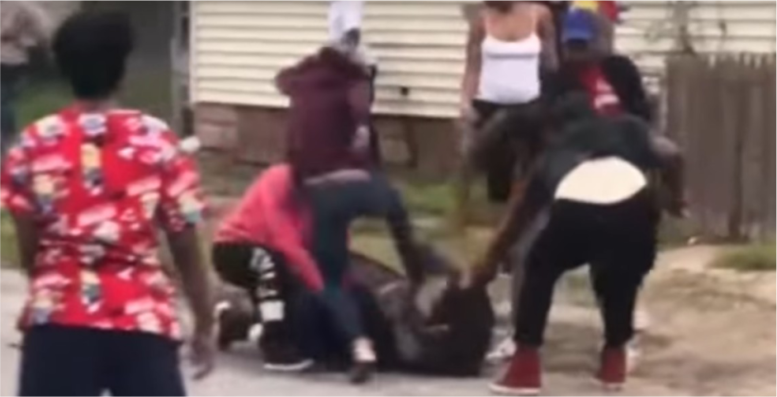 A group of young black females videotaped themselves brutally beating another black female in Millville, NJ. After the victim is knocked down, they take turns kicking and stomping on her. Several black adults can be see milling around. None appear to take any action to stop the violence.

The video was then uploaded to Facebook. It has resulted in four arrests. The Philadelphia ABC affiliate is calling it “a sick form of entertainment” and says it is no isolated event.