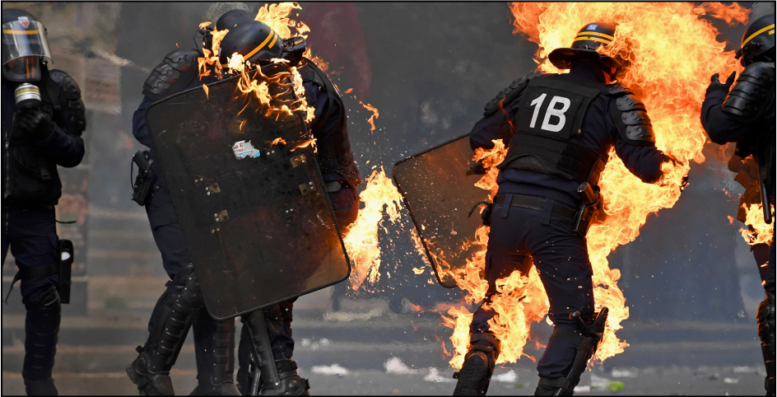 Police expected particularly bad rioting today because it is May 1st, a Communist holiday. While labor unions were holding their annual May Day parade in Paris, masked Antifa hurled gasoline bombs at police. Numerous officers had their clothing set on fire. At least six officers were injured. One officer suffered severe burns.

In this dramatic video, you see French riot police hit by a gasoline bomb. A group of officers is engulfed in fire. At least two emerge with their pant legs on fire.