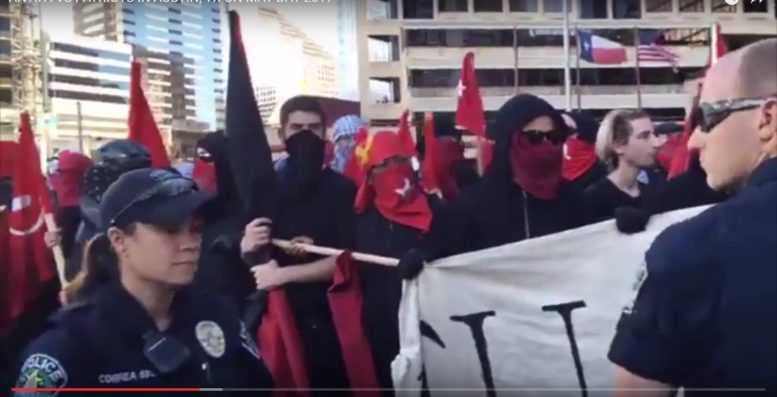 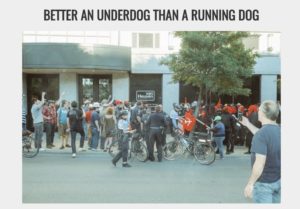 This is an actual screen capture from their own website.

Red Guards Austin [RGA], is an Antifa group with a history of staging violent demonstrations. However, the group’s usual tactics of violence and intimidation fell apart during a pro-Communist “May Day” march. Multiple videos show a large group of masked Antifa, some of whom were carrying firearms, locking arms and cowering from a smaller group of hecklers. Apparently, some of the hecklers confiscated several Antifa flags and two freshly delivered pizzas.

Now the official RGA website is publicly admitting defeat, calling for self-criticism, and openly talking about an escalation of violence. The group states “we cannot conclude International Worker’s Day in Austin to have been a success.” They even characterized themselves as looking like “a running dog” during the march and state “our errors were many.”

RGA says that Antifa leaders around the nation are angry at them and chastising their Austin affiliates for such an embarrassing performance. “Several cadres and members of other organizations have already been criticized by their respective organizations and provided internal self-criticism.” 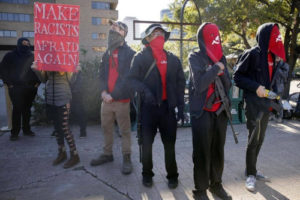 Red Guards Austin is perhaps the first Antifa group to be seen carrying guns in public.

RGA then openly says that violence will escalate and calls on members to begin combat training. They also tell members to buy guns and learn how to shoot. The group says “we are antagonistic opposites which cannot co-exist and as things go on this makes street clashes and eventually war inevitability.”

Red Guard Austin was one of the first Antifa groups to start holding guns at demonstrations. A tactic that is now being copied in several other states.

It is also noteworthy that Antifa claims black people are relentless victims of white racism. While the Antifa march was underway, a black power activist commenced a racially motivated stabbing spree at the University of Texas campus in the same city. One person was killed, and three others injured.