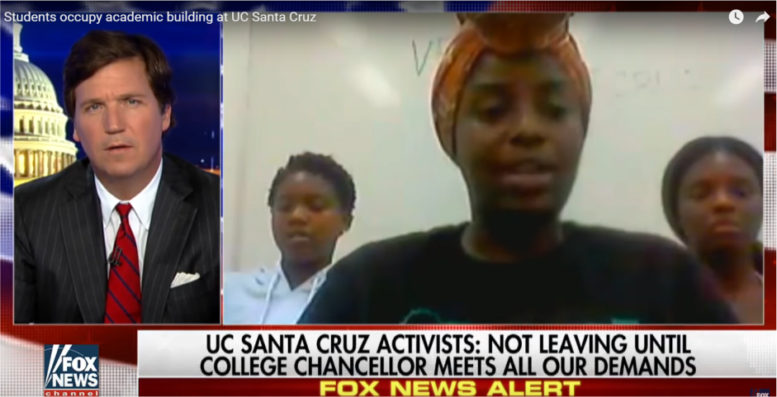 However, a large group of black students say they are not satisfied. The African/Black Student Association [A/BSA] is occupying the UC Santa Cruz administration building with a list of six demands. UC Santa Cruz has ten colleges, but you have to be going to Stevenson College to live at R.PAATH and R.PAATH is currently under-filled. They want the University to allow blacks from other colleges within the University to move into the dorm. However, that is the only demand that sounds reasonable.

They want one of the bedrooms converted into a lounge. They want the University to paint the outside of the dorm so it looks like a giant black nationalist flag. They want the University to give someone of their choosing a $100k a year position as a diversity officer. They want all incoming freshman to be subjected to a diversity training program that they approve. Finally, they want special University subsidized off-campus furnished housing for that is reserved for blacks. The A/BSA would get to decide which students get to live in this special furnished off-campus housing.

Some of the demands directly conflict with each other. The A/BSA wants to open up the dorm to more black students. Yet they demand that beds be removed to create a lounge. They demand special off-campus furnished housing for blacks in which the A/BSA gets to decide who lives there. Guess who they are going to pick to live there? Instead of living in the dorm, the A/BSA leaders will pick themselves to live in the more luxurious off campus housing.