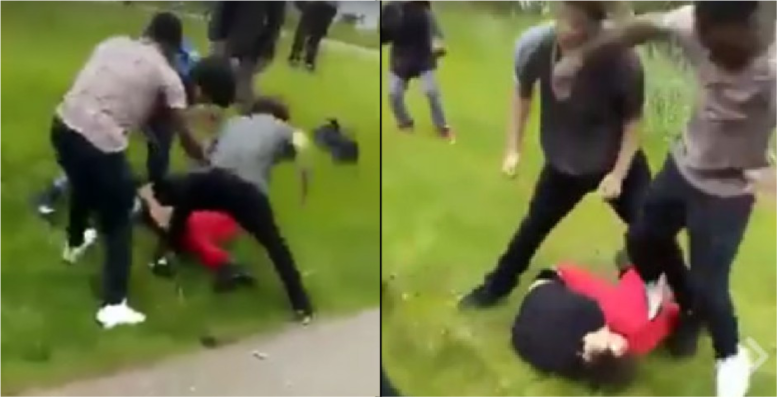 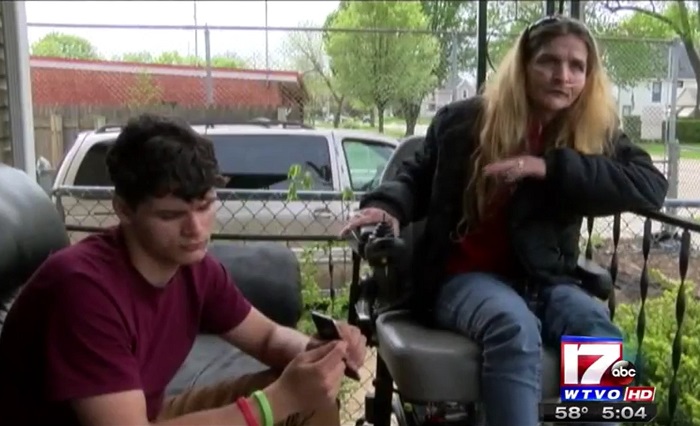 A white sixteen-year-old male in Beloit, WI was brutally beaten by a group of black males outside of Beloit Memorial High School. They repeatedly kicked and stomped on his head. Over a dozen other black males watched and cheered the assault. At least two black males appear to be videotaping the assault with iPads, which are issued to the students by the school.

It was the second time in two weeks that the same victim has been attacked by black males. The first time, he was attacked in front of his house.

The victim suffered a severe brain injured at age six and could have easily died during the attack. He has chronic problems with balance and motor skills.

After the savage beating, school officials got the victim an ice pack, drove him home, and told him he was suspended for three days! According to a friend of the family, several days went by without the High School even suspended the perps.

Beloit police say three black males have been charged with aggravated battery. One of them was also charged with theft. Police are downplaying the attack, claiming that the victim had agreed to fight one of the perpetrators in advance. The victim and his family say this is completely false.

Thousands of people have expressed outrage on social media. Many of them are calling for hate crime charges. Because of public outrage, police announced that up to three people could be charged with misdemeanors for videotaping the assault. They would be charged using Wisconsin’s “duty to aid victim” law.

Both of the victim’s parents are disabled and say they are only living in the neighborhood because of medical problems.