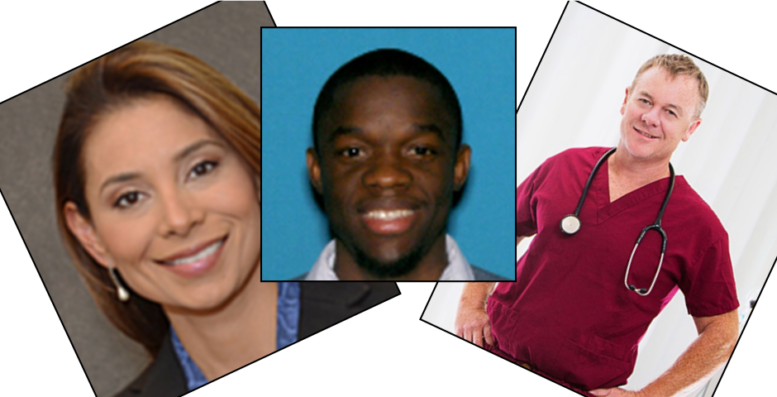 Two medical doctors were tied up and brutally killed inside a luxury apartment in Boston. They both had their throats slashed. The victims are Dr. Richard Field, 49, and Dr. Lina Bolanos, 38.

Police found Bampumim Teixeira, a thirty-year-old black male, still in the apartment when they arrived. He opened fire. Police returned fire and wounded him.

Field and Bolanos are both anesthesiologists. They were engaged to be married.