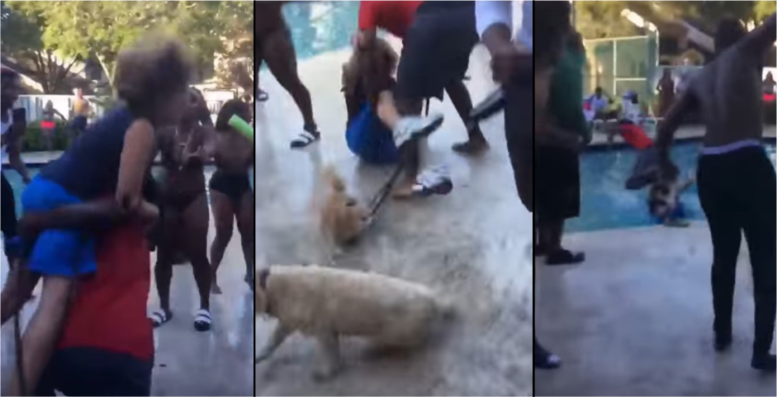 A video exploded across social media this morning. An elderly woman with two small dogs walks up to an all black pool party. She asks the DJ if they can turn the music down.

She is then body slammed into the concrete, pickup up, and hurled into the water. Her two small dogs are thrown around and then flee in terror. The response from the crowd is a mixture of screams and jubilant laughter.

Recently there was a huge pool party aimed at black college students in Tallahassee that turned extremely violent. Two weeks ago, an event billed as “Miami Boyz Weekend” ended with young blacks blocking the streets and a gun battle. Two people were shot and hospitalized.

Miami Boyz Weekend included events at nightclubs and a pool party at a Student Apartment Complex at Florida State University called “The Commons.”

Apparently “Miami Boyz Weekend” is modeled after the “Freaknik” events of the 90s. These were black college parties. However, no one uses the word “Freaknik” anymore because it is associated with crime and violence.