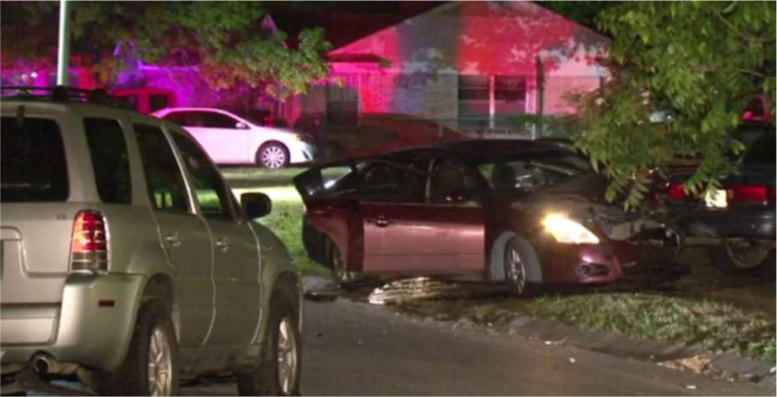 A black male on the north side of Houston was the target of a drive-by shooting around three am Saturday morning. He was standing in his front yard at the time.

Three perpetrators fired over forty rounds. The homeowner was not hit by a single bullet. However, he returned fire and hit all three perps in a moving car. Two of them died. The third was in surgery Saturday morning.

Oddly, the media quickly dropped the story and there have been no updates since Saturday morning. The three perps have not been identified. It is probably safe to assume all three are black males.

Related: A sleeping grandmother was killed in a drive-by shooting today on the north side of Houston today.