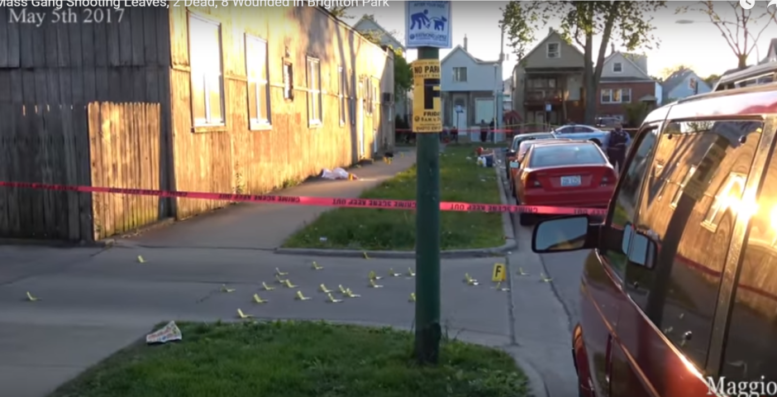 Thirteen hours later, ten people were shot at a makeshift memorial for Cordova. Two siblings, Adriana Williams, 27, and Michael Williams, 24 there killed. Two others are in critical condition.

Police blamed the shooting on the Almighty Saints and alleged that the Williams siblings are affiliated with Satan’s Disciples.  The two siblings appear to be Mulattoes.

Cordova taunted rival gang members on Facebook right before he was killed.

Police say the Latino gangs in Brighton Park use more powerful weapons that the black gangs in other parts of the city. They tend to use AR-15s and Kalashnikov rifles, and their shootings are deadlier.