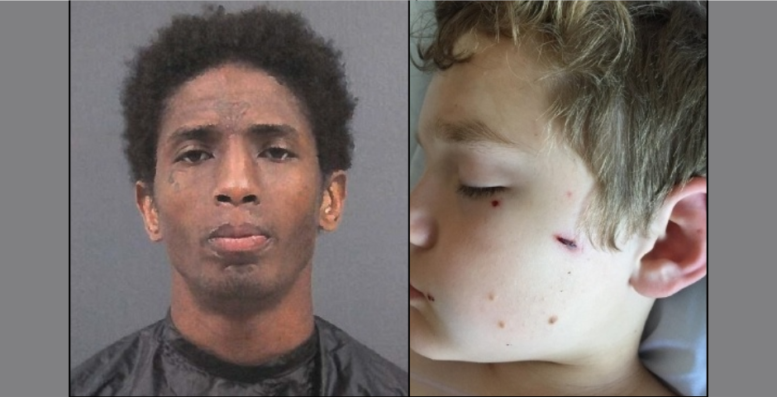 A man in Gaffney, SC was driving his truck around his neighborhood to test out a repair. His teenage son was in the passenger seat and his ten-year-old son was riding in the truck bed. A black male saw the truck pass multiple times and then threw bricks onto the road. When the truck encountered the bricks, it slowed down. The black male demanded to know where they were going and then shot the ten-year-old boy with a shotgun. Then he ran into the woods.

The ten-year-old victim, who is white, was rushed to the hospital with birdshot in his head, face, chest, stomach, right arm, and right hand. One pellet is lodged right below his right eye.

Gaffney is about 50% white and 50% black. The local CBS station used codewords to indicate that the attempted murder took place in an all-black section of the neighborhood.

Allen Charron Williams Jr., 27, has been charged with attempted murder. He has numerous past arrests. Many are calling for hate crime charges.