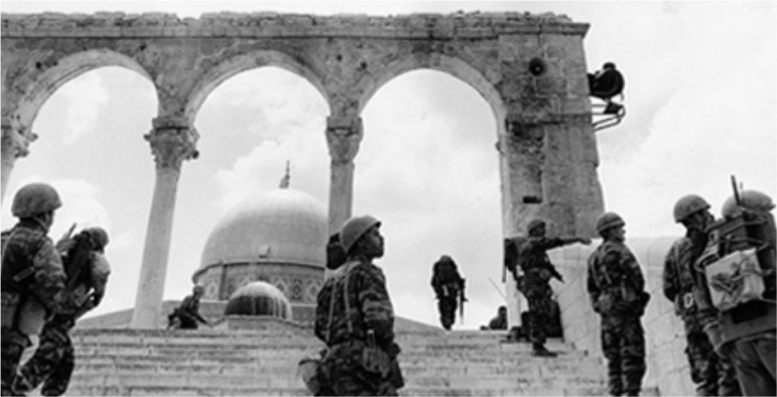 While Israel was founded as an ethnostate for the Jewish people, it is not legally defined as such. Currently, Israel has something called the “11 Basic Laws” that defines the character of the state institutions and form of government. An Israeli “Basic Law” could be called the Israeli version of a US Constitutional Amendment. Once a Basic Law is passed, it is harder to repeal than a regular law.

Avi Dichter is a member of the Israeli parliament for the Likud party and the former director of the Israeli Security Agency Shin Bet. He first introduced the Basic Law proposal: Israel as the Nation-State of the Jewish People in 2011. It was sponsored by a full one-third of the Israeli Knesset. The sponsors included members of both the ruling coalition and the opposition. Dichter says the purpose of the law is to guarantee that the Israel of the future will reflect the Israel that was desired by its founders in 1948.

The bill has been delayed and edited over and over for six years. The current version was facing more delays and edits until a surprise procedural vote last Wednesday moved it forward. A debate on the floor of the Israeli parliament building could begin May 17th. Benjamin Netanyahu endorsed the bill over the weekend.

It seems likely that the 120 member Knesset will pass it. The ruling coalition led by Netanyahu’s Likud party includes 67 people. This morning, six Ultra-Orthodox Haredim members announced that they would not vote for it unless it states special considerations for their sect. Currently, the Haredim are holding protests against the Israeli military draft.  However, several members of opposition parties are expected to vote for it. The bill is being denounced in media across the Arab world.

Basic Law: Israel as the Nation-State of the Jewish People

A. The State of Israel is the national home of the Jewish people, in which they realize their aspiration to self-determination in accordance with their cultural and historical heritage.

B. The right to exercise national self-determination in the State of Israel is unique to the Jewish people.

C. The provisions of this Basic Law or any other legislation shall be interpreted in light of what is determined in this paragraph.

3 — The symbols of the state

A. The state anthem is “Hatikvah.”

B. The state flag is white with two blue stripes near the edges and a blue Star of David in the center.

C. The state emblem is a seven-branched menorah with olive leaves on both sides and the word “Israel” beneath it.

Jerusalem is the capital of Israel.

A. The state’s language is Hebrew.

B. The Arabic language has a special status, and its speakers have the right to language-accessible state services in their native language, as will be determined by the law.

Every Jew has the right to immigrate to the land [of Israel] and acquire citizenship of the State of Israel in accordance with the law.

7 — Ingathering of the exiles

The State shall act to gather in the exiles of Israel.

8 — Connection to the Jewish people in the Diaspora

A: The State shall act to strengthen the affinity between Israel and the Jewish people in the Diaspora.

B: The State shall act to preserve the cultural and historic heritage of the Jewish people in the Diaspora.

C: The State shall stretch out a hand to members of the Jewish people in trouble or in captivity due to the fact of their Jewishness.

A. Every citizen of Israel, regardless of their religion or nationality, has the right to actively preserve their culture, heritage, language and identity.

B. The State may allow a community, including followers of a single religion or members of a single nationality, to establish a separate communal settlement.

The Hebrew calendar is an official calendar of the State.

A: Independence Day is the national holiday of the State.

B. Memorial Day for the Fallen in Israel’s Wars and Holocaust and Heroism Remembrance Day are official memorial days of the State.

The established days of rest in the State of Israel are the Sabbath and the festivals of Israel, during which no employee shall be employed except under conditions set in law. Members of [religious] community groups recognized by law may rest on their festivals.

Should the court encounter a legal question that demands a ruling and be unable to find an answer through [existing] legislation, legal precedent, or direct deduction, it shall rule in light of the principles of freedom, justice, integrity, and peace contained in the heritage of Israel.

The holy sites shall be protected from desecration and all other harm, and from anything that may hinder access to their holy places for members of a religion, or that may offend their sentiments toward those places.

This Basic Law shall not be amended unless by another Basic Law passed by a majority of Knesset members.