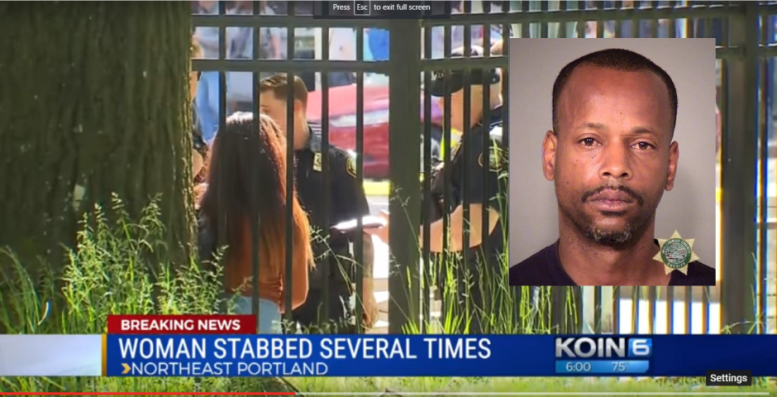 Totally random attacks like this are occurring all over the country on public transportation. We have reported on numerous cases around the country.

This took place on a Portland MAX platform. A black male walked to a group of young women and began either stabbing or slashing one. Video from a witness shows blood on the ground and a large straight razor.

Police arrested Christopher Eugene Woods, 42. This is his eighth time being arrested in the same county. So far he has only been charged with assault and menacing.

The unidentified victim is said to be a black female who is approximated twenty years old. She suffered serious traumatic injuries but is expected to survive.

Related: Last month an elderly white male was seriously injured and disfigured in a Portland suburb. He was eating at a Denny’s when a black male walked up to him, poured gasoline on his head and body and set him on fire. It was a totally random attack by a perp who already had a serious criminal record.