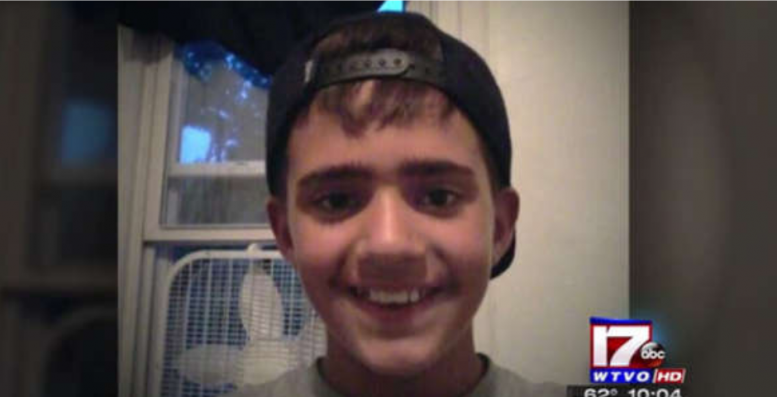 Donavon Ruland, a twelve-year-old white male, was riding an ATV around his neighborhood when a black male shot and killed him. This happened in Rockford, IL on Wednesday, May 24th.

The local police and media are calling it “an apparent attempted robbery.” Police say they are searching for a black male suspect, but local Chicago media is censoring the race of the murderous at-large suspect.

Rockford police made an official statement on Wednesday:

Based on the information available at this time it is believed that at the time of the incident the victim was riding a four-wheeler in the area. While riding in the alley in the 1600 block of South 4th Street the victim was approached by an unknown black male suspect in an apparent robbery attempt. During the incident a shot was fired and the victim was struck one time in the upper body. The suspect then fled the scene on foot.

All of the following Chicago media published articles after the police released their statement, but censored the race of the suspect. WBBM CBS Chicago Channel 2, WREX NBC Chicago Channel 13, WIFR CBS Channel 23, and the Rockford Register. All of these media outlets felt that political correctness was more important than catching a dangerous at-large perpetrator who just murdered a twelve-year-old boy. Several years ago, the Chicago Tribune very publicly boasted that they censor the race of crime suspects in the name of political correctness.