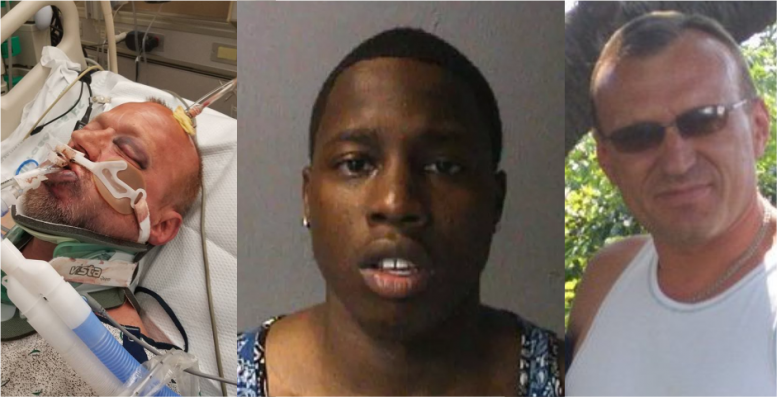 On May 24th, Viktor Yashchyshyn was walking his dog in Old Bridge, NJ. Yashchyshyn is a fifty-one-year-old white male. He speaks several languages and appears to have been born in Ukraine.

Police say Earl Allayne Jr, a twenty-year-old black male, attacked Yashchyshyn at random and critically injured him. Yashchyshyn was transported to the hospital with a broken jaw and other major injuries. He was pronounced dead within 48 hours.

The perp also tried to murder the dog. He swung the dog around by its leash trying to break its neck. However, the dog slid out of the collar and survived.

None of the local media published a picture of the victim or disclosed that he was white. They also spelled his name wrong, which made it hard to find his Facebook account. When a black male is killed by a white male we often see the media state the race of the victim and the perpetrator at the top of the article. This is often accompanied by aggressive speculation that the killing could have been racially motivated. Why are white people killed by black perpetrators treated so differently by the media?