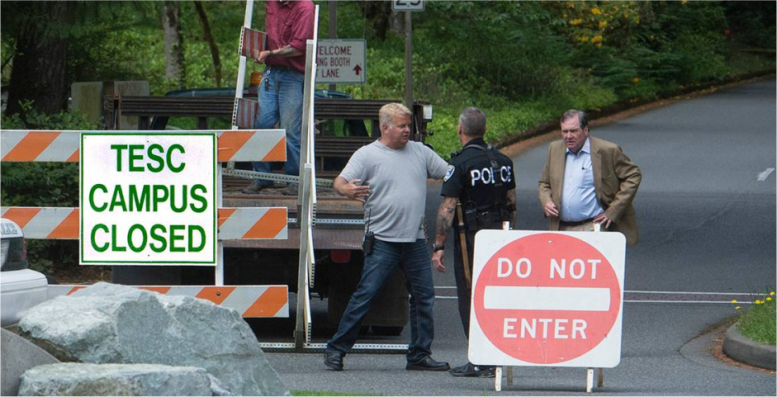 Recently this website identified Evergreen College as a hotbed of Antifa activity.  In early May, nine Antifa were arrested for rioting in Olympia, WA. Most of them were students at Evergreen.

A situation has now emerged where faculty members are under attack by many of their own students. Protesters claim that many professors and administrators are “racists” and “oppressors.” The protesters are primarily black, but some whites are involved as well.

Many black protesters are seen in cellphone videos chanting “black power” and screaming profanities at white faculty members. One video shows a crowd cheering as a black male espouses Nation of Islam theology about blacks being the creators of civilization and white people living in caves.

One black female student is even on video yelling at a white faculty member that they should be given a reprieve from homework while they protest.

The shocking videos have motivated Republican State Rep. Matt Manweller to introduce a bill to defund Evergreen. The state of Washington gives Evergreen $24 million a year.

The most recent escalation on Evergreen was a full-scale evacuation of the campus that occurred today. Police asked the college to shut down all classes and tell students to return to their dorms and apartments. They said they had “a credible threat of violence.” The evacuation allegedly stems from a 911 call.

Police even sent up roadblocks to prevent students from entering the campus.

Compilation of some of the most shocking videos to come out of Evergreen College over the past week: